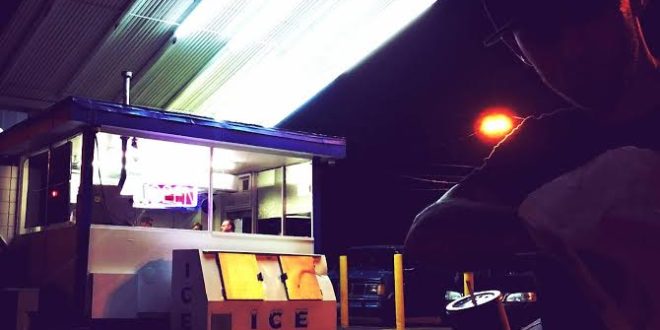 (New Audio)-@DjustinMcFly Fast Food and No Sleep (Produced By @DJBrickRock) The Last Wordbender is gearing up to release his upcoming “Rumble In The Rock” albumin Spring. In doing so, he delivers the lead off single, “Fast Food & No Sleep”. Wordbender once again pairs with fellow Rockford, Illinois producer, DJ BrickRock. We first got a taste of what these two could do on TLW’s debut album, “The B-Side Love Songs”.

Following that release, the Illinois duo dropped a concept project titled “Love is a TRAP!: The B-Side Remixes” where Wordbender remixes his lyrics from his debut over BrickRock’s Trap production.

With “Fast Food & No Sleep”, we are treated to a song that speaks from the average person’s perspective of wanting to achieve dreams and live well. Another view is that of an aspiring musician, working a day job while staying up late into the morning to work on material. Listen to the beat as it continuously builds and blends a dope Rakim phrase into the chorus. Listen and download “Fast Food & No Sleep” via Soundcloud.