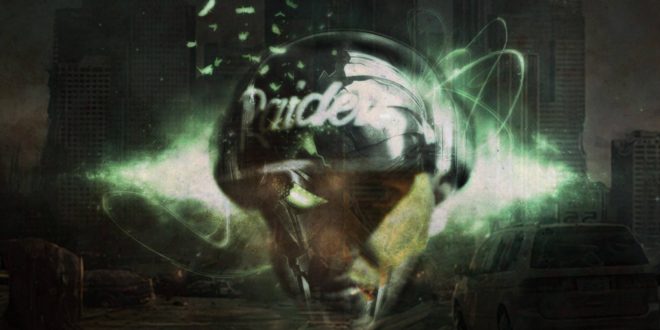 Not very many emcees can say they have eight full length albums under their belts independently. By independent, we mean as such. Milwaukee, Wisconsin’s Taiyamo Denku is a one man musical army as is his Australian producer counterpart, Dcypha. Every project released is typically produced, arranged, mixed, recorded and mastered all in house. As with fine wine, the duo have only gotten better with age. Denku has remained true to the Hip Hop genre and himself for over a decade plus now and shows no signs of slowing down nor conforming to the times. Hence the title to his latest album, “No Industry Standard”. Riddled with explosive features from Conway The Machine, Benny The Butcher, Chino XL, KRS One and many others, the Midwestern Hip Hop version of Wolverine slices and dices thru sixteen entire songs, pushing the boundaries of the paper’s margin. A favorite of GYBU’s for several years now, we hand picked a few of our favorite songs from the album, which is one of his best album’s yet. Check out our choice selections from “No Industry Standard” below.

No Industry Standard – Coming straight out of the gate, Taiyamo supplexes syllables on a drum filled instrumental battlefield. Denku sets fire to the industry with his witty wordplay and a layered hook that that speeds up between each verse. He spits “(no industry standard) / don’t wanna see another bastard child in your magazine / (we’ve landed) / board it up, lock’em up, pass that gasoline”. This is in response to what Hip Hop fans have called a steady decline in influential platforms artist selections (i.e. XXL’s Freshman Class) and such. The Milwaukee Monsta is prepped and primed to keep the art form and culture alive, even if that means that a few weaklings must perish in the process.

Be Who You Are – One of the reasons I dig this track so much is that it sticks with the theme of the album title, being real. Featuring Griselda Records own Conway The Machine, the song speaks about staying true to self and not conforming to trends. The beat is extraordinary, tethering on the lines of Blues and Hip Hop. You’ll instantaneously be hit in the heart with the soul shattering strings and horns of Dcypha’s sampling. This was the lead single from the album and for good reason. In an era where people are quick to instill false facades in real life and on social media, Taiyamo does a sensational job of addressing this as a society and personally. The Barney Fife and Andy Griffith sound bit give it that last final swing that knocks this track out the park.

Gold Rush – From the very beginning of the song, I was hooked in to “Gold Rush”. The beat sounds like Dcypha went to Hyrule and jacked some Legend of Zelda soundtracks, chopped them up and made a brutal boom bap instrumental. Denku is an absolute beast on this, dropping bars like “my bars be bout as gold as they come / your bars, be vodka and rum”. From the intro where he channels the spirit of Busta Rhymes to the hook that finds him in a maniac state of mind, “Gold Rush” sums up the current state of music and much more. An emcee in the truest form, he declares he doesn’t make music for fortune and fame where most current artists these days are blinded by the almighty dollar bill. Again following suite of the “No Industry Standard” mantra, the song closes out with a vocal snippet of Tia Dalma from the “Pirates of the Caribbean” movie franchise.

Make Em Believe – Straight gutter hardcore emceeing best describes this two and a half minute lyrical massacre Taiyamo unleashes on a beat that sounds straight out of some dark horror movie mixed with EDM/Dubstep. The strings will have your nerves on end as the Wisco rhymer becomes possessed by Jack Torrance, transforming the track into a Hip Hop version of “The Shining”. No deep meanings here, just unadulterated hardcore rap for those who have been fiending for a dose.

Once Again – If you’re a true fan of Hip Hop and it’s history, you’re going to love this joint featuring Chicago’s Pozlyrix and the original teacher himself, KRS One. Dcypha constructs a beat that sounds straight out of the late eighties and slices lethal, nonstop DJ cuts over the hook. This is a three-way slaughter fest that spares no words whatsoever. Simply put, this is a bar fest that subpar emcees need to steer clear from. Blasting it back to the past like this is just another way for Denku to keep the culture of the genre thriving strong, all the while paying homage to it’s predecessors who paved the way.

Keep Out – Following in the steps of “Gold Rush”, the song’s mellow piano melody allows Taiyamo to open up and get personal over. Thru the duration of “Keep Out”, Denku shows love to those that get his message and shuns out individuals shrouded in negativity. He faces realities such as age, what keeps him motivated to create music and the balance he must maintain as a father, worker and emcee. One of the more personal recordings of the album, “Keep Out” offers us a quick glimpse into the mind on Taiyamo Denku and Jason Miller.

Still Waiting – Dcypha’s piano play slithers into the start of the Benny the Butcher featured “Still Waiting”. Overflowing with a similar soul as found on “Be Who You Are”, the syllable splitters body the track in cold blood. Procrastination overrules today’s world and talk is cheap. Denku and Benny aim to open listener’s ears with priceless jewels on life and maneuvering thru it from their state of mind. Denku’s delivery is crystal clear, his most concentrated verbiage spoken on the entire album. This was the perfect song to end the project with.