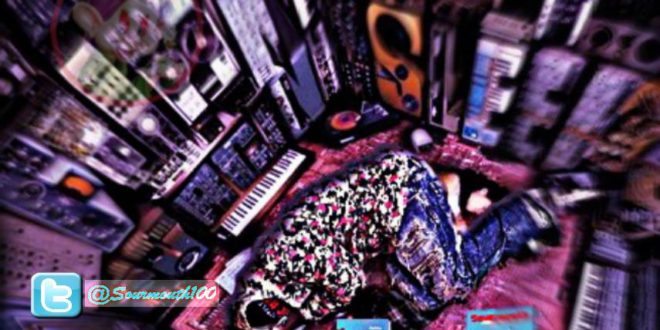 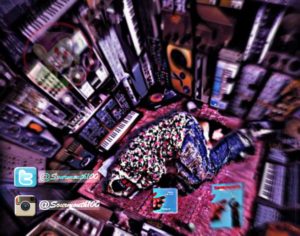 Sourmouth is an artist that some people love to hate mainly because of his shock value and often brutal truths. He’s been featured on GYBU on various occasions whether it be new releases, a past interview or for the album review we carried out for his current album, “A Million Little Pieces”. After presenting numerous videos from said project like “Lost My Mind”, “I Hate It” and “In The Rose City”, he debuts his most controversial flick yet with “Because I’m Black”. Always an artist that is eager to offer insight behind his material, GYBU recently tapped him to speak with us about the visual in graphic detail in the following interview segment.

Great to have you back with us Sourmouth. Last we spoke it was for the apologetic video for “I Hate It”. With this new video, “Because I’m Black”, one of the main topics is a social-based experiment. Could you explain why you chose this route and why it was important doing so?

Hey man good to be here.  You know as far as the creative process for this song/ video goes, it really just hit me one day. The homies and I were sharing experiences about racism to an extent, like the stereotypes behind it. I realized alot of the stories being shared were almost identical to mine.  Though I did not intentionally start out with the idea of making this a “pro-black” or socially conscience record, it turned out that way. I was just keeping it real. Being black in America as you know is and always has been one of the most socially controversial topics out there.

Back before the video and the album, what specifically inspired you to pen such a song as this?

It was alot of thing’s such as what I previously mentioned.  My personal experiences relating to my skin color and the impact it had on me. If I had to pick a specific experience that actually sparked the fuse, it would have to be a random encounter with an old white couple. They had blatantly went out of their way to cross the street one night when I was walking towards them. That type of situation.

I can remember countless instances where I’d be passing a Caucasian person and simply reach into my pocket for my cell phone. They would literally jump like it was a gun or something!  Initially I found this funny but after it kept occurring, it became a bigger issue that needed to be addressed. I wanted to address this for the white folks sake. I wanted to be like hey, where not all gonna rob you. Where not that different, so you know.  That’s another reason I added the comical aspect to the song cause again, even I thought some of the situations I referenced where more funny then anything.

All the videos released from the album were self-directed. For “Because I’m Black”, you pieced together these point of view edits that were intended to throw viewers into the scenarios you speak about. What birthed that idea and how did you go about creating the segments?

Yeah, it’s kinda funny how most of my videos come together! I’m far from a cinematographer.  Although I had a blue print going in, I was basically just playing it as I went along. I wanted to put the audience in the shoes of the average black man in America. It wasn’t until I saw the video for Eminem’s “Headlights” that the whole concept hit me.  If you haven’t seen that video its basically a first person view point of his mom going through a normal day; drinking, popping pills and what not. It’s almost like you, “the viewer”, are in the scene, pov style. That way, it’s hard to deny or not feel for that particular character. Tha’ts exactly what I needed this video to do.

Thru all the adult-themed lyrics and sometimes ghastly imagery, the song carries alot of truth behind it. Being black but raised by an all white family surely was an influence to some of the lines of the song. However, you also speak about stereotypes from both a black and non-black perspective. In your opinion, why do you think whites and blacks have such an issue with one another?

It’s hard to say.  The simple answer is it’s easier to blame someone else for your problems, especially someone who doesn’t look like you.  It’s funny that you mention my being raised in a Caucasian home. I always have had this saying which is “I really know what white people think and say when black people aren’t around”.  I’ve heard alot of messed up points of view from white people by always being the only black person in the room. Things I’m sure they wouldn’t have said if they had known I was there.

I think the main problem for whites these days is accepting that times are changing, that “black lives do matter” and are going to matter more and more as the minority becomes the majority.  I think it’s hard and probably even a sub-conscience shot to their ego in a way. Whether they know it or not, some have always felt their lives mattered more then ours for obvious reasons. That’s why you see such a strong backlash towards any pro-black movement. Even if they aren’t racist they subconsciously see us as a threat (which in a nutshell is the same reason we as black people have had such a hard time getting along with white people).

Okay, just one last question for you. After people have seen the video, what are you hoping they take away from watching it?

Not to sound to corny but at the end of the day, I just like seeing everyone get along, you know? I just hope it helps change the negative stereotypes and perspectives that are so heavily instilled into us.  You know, I’m not hear to start a riot. We’ve got enough of those records. While I do agree with the messege, I felt that comedy is a universal language and won’t trigger people’s defensive mechanism. I really just want to make it less of a struggle for us to simply walk to the store…

“Because I’m Black” can be found on “A Million Little Pieces” which is available to stream below, courtesy of Spotify.