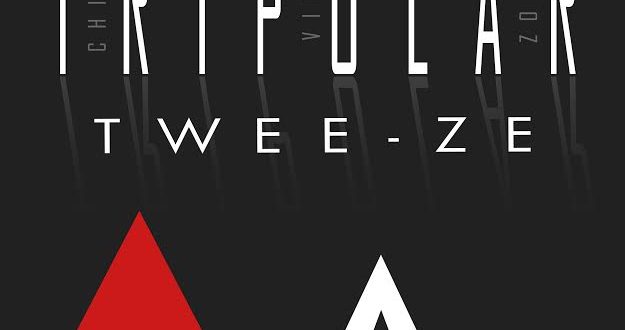 It’s been about 2 years now since we last received a musical project from North Carolina based creative, Twee-Ze. Around a year ago, he resurfaced with the weed heavy, piano laden “BNB”. The bass heavy production, crafted by Fly Melodies, was thought to have been an incredible loose single. Fast forward to late July and just like that with no fair warning, Twee-Ze delivered his third official project, “Tripolar”, featuring “BNB”.

The Urban Dictionary defines the term Tripolar as “Having a personality that jumps to the extremes of joy, sadness and extreme anger. Often seen in people with cases of manic depression that try to hide their depression under a facade of happiness to the general public.”

With that said, the 9 track EP seems to teeters among those lines. Whatever the case may be, the NC artist has went on record as stating the project is strongly based on 3 key ingredients: topics, styles and tempos. After a few listens to the album, the jumpy musical personality that exudes from the southeastern spitter. With the new release, established fans can expect some of the same, slick verbiage they’ve came to love from his previous entries, “Who Cares” (2015) and Parallel Universes (2016). It also wouldn’t be an official Twee-Ze presentation without the ultra soulful vibes of long time collaborator, CandaceK.

With “Tripolar” though, the emcee levels up from slick talk and punchlines to experimenting with new cadences and vibes such as found on track 3 entitled “Long Time Coming”. Other new musical boundaries are explored and conquered on tracks like “Shine” and “Reflection”. We are also introduced to KD, who features on 4 of the 9 tracks and shine profoundly on the deep thoughts of “Thinking”. Rest assured that his fanbase will be rocking with the previous loose single “BNB” along with “Feel Here” and “A Buncha Dope”.

With a well constructed, short song list Twee-Ze puts forth what could arguable be his best project to date. Sticking with the formula that initially made him while taking calculated risks with experimentation makes “Tripolar” an EP worthy of your ear drums. Available on Spotify, Apple Music and Soundcloud; listen and share today.

President, E.I.C. & Content Manager for Get Your Buzz Up - Digital Media Specialist For Independent Artists
@blitzb_60505
Previous Bianca Clarke and Trina, the southern rap queens, continue their royal reign with the video release for “I’m Wit It” – @QB_Bianca
Next New Music: @Polo_Capalot “In The Game” Produced by @DJPain1