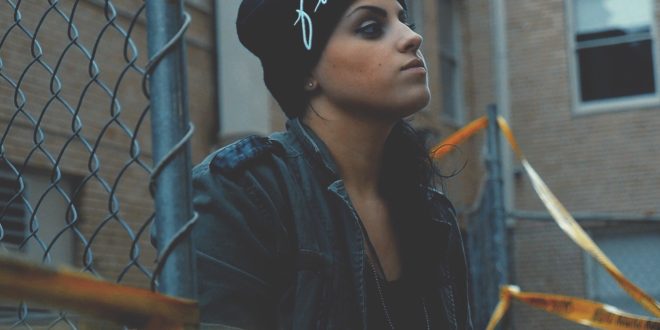 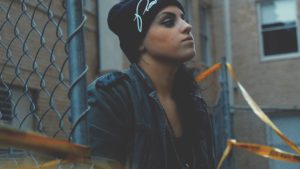 Hey Kaydence, been a minute since we last spoke. What’s been up?
Since we last spoke a lot has changed, the only thing that’s stayed the same is my drive.
Congrats on your recent publishing deal with SevenCorners Music/ BMG, We know you worked hard for it. Tell the readers what it took to get there.
It took a lot of sleepless nights, back to back sessions, iced coffee’s and redbulls…constant pep talks, sweat & tears, making courageous decisions with no certainty of the outcome, humbling moments, and a lot of times that ate at my pride. If i didn’t experience all those things to get here, I wouldn’t appreciate these small victories.
Since signing you have worked with some major producers in the game. DJ Mustard, HitBoy, Cool & Dre, Baauer. How have those experiences been and how has it helped your career thus far?
Life changing to say the least. HitBoy especially made the biggest impact. I remember Getting a call from Omar Grant saying Hit Boy wanted to meet me one night. When he called me I was working at a pet store making minimum wage. So I prepared myself to meet him, humbled and stripped of my pride I swept & mopped the floor of the pet store and headed over to meet Hit Boy. He made a beat in front of me, left the room and I recorded myself to it. He was so impressed he asked me to come back everyday that same week, which led to him asking me to meet with him and Ariana Grande. Hit-story from there.
You have also been in studio heavy with some major artists like Ariana Grande, Snoop Dogg, Nelly, Justine Skye & more. How does it feel to get in with the artist and help them create great music?
I love working with the artists. You connect with them on a personal level, find out what fuels THEM, understand whats on their minds and hearts… and put those happy thoughts or hardships into words that the world can relate to. That’s how the timeless records are made. combining substance and personal experience into a song makes a beautiful outcome.
Let’s talk about the new single ‘Caught Outta Habit’ off your ‘Pen Piper’ project. What’s the singles concept and overall premise, and why did you lead with it?
Caught out of habit came when I was talking to a girl at one point in my life, and i caught myself doing things and saying things that were out of character. I wanted to have fun with no attachment, but I was so infatuated with one person that i switched up my routine. I feel like I led with it because the concept is Universal, and the production is just…so unorthodox and makes you wonder if the ratchet gxds are ok mentally or if they need help.

With ‘Pen Piper’ you speak on the need for others to pay homage for all the work you put in because naysayers didn’t believe and some turned their backs on you. What can fans and potential new fans gain by giving this a thorough listen?

Some people may listen through and say this is a story of revenge…and while that may be true, its moreso a story of triumph. It reminds me in the bible about the story of Joseph and the coat of many colors. Joseph’s father game him a coat and Joseph’s brother Envied it, didnt think he deserved it. So they sold Joseph into slavery, abandoned him…and through those hardships and endurance Joseph became King and ran into his family again years later. I feel like music is the coat that God gave me. and those brothers represent those naysayers, the people in my life that tried stunting my career, spoke ill of me, asked the DJ’s not to play my music on the radio, tried shutting down my opportunities. Pen piper is us reuniting, except this time I hold the power to my dreams. and all they could do now is pay homage for overcoming.
The Ratchet Gxds produced a good portion of ‘Pen Piper’ , who else did you have on there and what did they bring to the table?
My boy Symphony produced most of “White Flag”. It was funny because I gave him an acapella of myself while we were visiting LA last April. He had a rough idea done within an hour and im like Dog…this is nuts.  Cain later added some other wonderful sounds that made this record a smashington. I wanted to pitch it but we all pretty much agreed we couldnt hear anyone but me on it lol. MindKilla produced Havoc with Junkie. Which…I heard that track and I was perfectly in my feelingsat the right time that it was sent to me…and here we are lol. Analogic put drums on Good Luck. Something light to add a bounce to the ballad, and John “Evo” Evola added guitar to the background which puts you in a strance. so light but it did so much.
And of course, J. Alston. One night I was out getting mac & cheese with Junkie and he played “Dirty Sneakers” in the car. I stopped him and was like YO! who is this?! his voice stands out like no one ive heard before. So I reached out to him and asked if I could remix the track for the project. He also did some dope adlibs in the back of Ape Shxt. His music is so dope so it was only right to have him on there.
How is ‘Pen Piper’ different from your last project ‘Spoiled Interior’?
Spoiled Interior was more of a reflection of what I had just experienced. Fresh out of a bad management deal, shaky relationship…and it was a self evaluation almost. Like ok, I just fell through a glass door, and im just in shock from going through that.
Pen piper is like me throwing the people who threw me through the glass door off a very steep cliff, but first i completely strip them of their pride and empty their pockets. Not literally, but…you get it. lol
What has been the most rewarding experience of your career thus far?
Its not the placements. While that feels good to accomplish, It has been the amount of people who hit me and tell me that I inspire them. That’s the reason I do this. To touch peoples lives. If not through my words, through my drive & ambition.
What advice can you give new songwriters and artists trying to follow their dream of making it in the music industry?
You have to have tough skin. Understand that you dont understand this industry, you dont know it all…stay humble but confident. You have to be able to do what others WONT , so eventually you can live how they CANT. this is a full time lifestyle, not part time. excuses dont exist. Believe in yourself, or others wont. Simply endure the worst. Because that will make you into a diamond.
What’s next on Kaydence’s agenda?
I’m working on a Project with my friend RC called “Retrograde”. We are pretty much done, and plan to release in the summer. A vocal kit is in the works for my producer friends, and a Pop EP I’ll also be working on. Not slowing down anytime soon!
Where can we find you online?
IG @kaydencevisus
Twitter @Kaydenceis
and Penpiper.com will go live 3.15.17.
Any last minute shouts?
Shoutout to my team Anothr Breed, My Family, my manager J Hatch, iStandard and all my constant supporters. I love you all, and thank you for being a part of my journey.