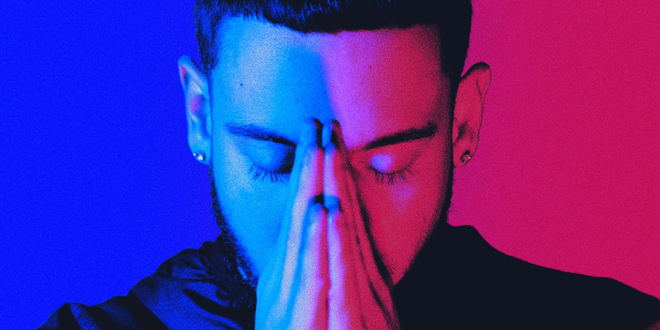 Jigga Jerry offers a glimpse into his Manhattan mindset on the 4 track EP, “Blu Jay” – @jigga_jerry By way of New York, Jigga Jerry illustrates his Manhattan state of mind and much more on his four track EP, “Blu Jay”. Featuring guest appearances from the likes of P90 and Jaylee, he offers up a potent dose of Hip Hop, Rap and R&B. The title track finds Jerry juggling a rhyme scheme following the line “would I look like a” and many other impressive rhyme schemes. The same can be said for “Look At Me”, a track that is fueled by the classic New York production formula of dope piano keys and simplistic drum programming.

Aside from rapping, he also can hold a note or two like on th aforementioned track. “Heartache” follows the suit of the classic radio single with catchy flows and a moving chorus ensemble from Jaylee. The EP comes to a close with the auto-tuned R&B infused “French Toast”. Jigga Jerry does a phenomenal job with this release, straying away from filler material and giving listeners his best work to date. Catch “Blu Jay”, in it’s entirety, on Soundcloud.

President, E.I.C. & Content Manager for Get Your Buzz Up - Digital Media Specialist For Independent Artists
@blitzb_60505
Previous Catch the feel good vibes of “Hey Donnie” from Baltimore’s Don Neil – @imdonneil
Next Have no fear, Boston’s Bry returns with new music in the form of “OMW” – @becomingbry