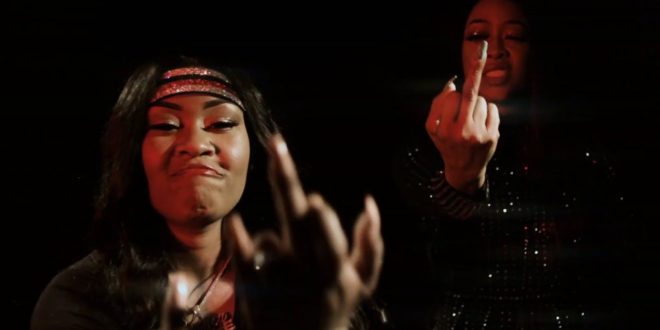 The Alabama sensation Bianca Clarke shows no signs of removing her high heel from the neck of the industry. She returns with an official, BPace directed flick for the Trina featured “I’m Wit It (Remix)”.

Clarke has been rigorously touring with Trina for the better part of 2 years now, around the time that the original version of “I’m Wit It” started to catch fire. Since that point, Bianca has opened for a heavy list of established acts such as Yung Bleu, Tokyo Jetz, Plies and many others. Not only that but she’s been able to find new lanes for the single while doing such. It’s a coy marketing move that trending artist Lil Nas X implemented for his charting shattering single, “Old Town Road”. Since the audio single debuted back in 2017, the business savvy boss lady has debuted an official video for the original while cooking up an official remix and her latest video.

Rumors began brewing about a video for the collosaul collab effort and a few months later, it arrived on YouTube on both Bianca and Trina’s channels where they’ve amassed a respectable amount of views (9.7k on Clarke’s channel / 21.5k on Trina’s). Unfortunately, Tokyo Jetz was unable to commit to the video shoot as she prepares for the arrival of her first child. No need to fret whatsoever, the 2 queens do more than enough to hold things down for the video. Renowned Atlanta video director BPace capture the ladies on location in ATL as they push blue faces thru the counting machine and murder mics from 2 different perspectives but on the same topic, muala. Trina rekindles her baddest bitch persona while Bianca gives voice to the hungry lady hustlers on the super grind.

With their close ties and ability to create catchy, radio friendly singles, we are sure to be seeing and hearing much more from these two ladies in the coming times. Also make sure to keep your eyes peeled for Bianca’s “Queenaveli” mixtape coming at the tail end of summer.