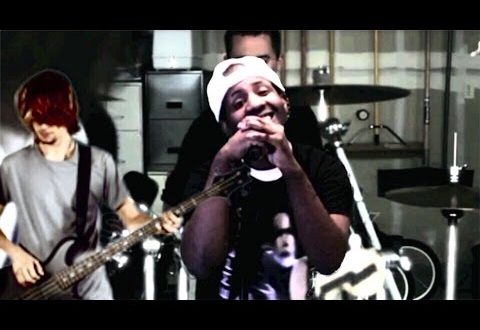 (New Video)[email protected] I Hate It

Portland, Oregon recording artist Sourmouth presents the touching, official video for “I Hate It”. The song is featured on his most current body of work, “A Million Little Pieces”. In the self-directed video, we get a much different musical approach from the Shock Rap emcee. Sourmouth opens up about the guilt and shame he feels he’s not only inflicted on himself but his family.

For those unaware of Sourmouth‘s background, he ended up in foster care early on in life and was soon adopted by a white family. To add to that, his father sacrificed alot in hopes of giving him as much of a normal life as possible. The tears start to flow with the addition of home video footage of a young David Krauss, playing alongside his dad.

At one point in time, we’ve all felt like we weren’t or haven’t lived up to our family’s morals. “I Hate It” is the epitome of that mindset. Mix in some Alternative Rock fused Hip Hop production from Sinima Beats and you have one of the album’s standout singles. Watch the full video below.

Also stream Sourmouth‘s “A Million Little Pieces” below, via Spotify.