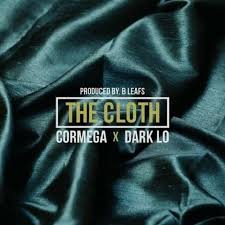 Dark Lo and Cormega connect on the moving, storytelling filled “The Cloth”, lifted from producer B Leafs album, “The Horizon” – @obhdarkLo @iamcormega

Boston producer B Leafs isn’t just sitting on the accolades achieved with his “Reaganomics” single as he follows up with yet another track from his debut LP. This time, he grabs the lyrical monster that is Mega Montana aka Cormega and Philly’s Dark Lo for the introspective/self-aware “The Cloth.” B Leafs newly released album “The Horizon” is streaming now on Bandcamp, Apple Music, and Soundcloud featuring collaborations with an army of artists including Raekwon, Masta Ace, Large Pro, Styles P, Elzhi, Ras Kass, Termanology and more.

President, E.I.C. & Content Manager for Get Your Buzz Up - Digital Media Specialist For Independent Artists
@blitzb_60505
Previous With their comeback album “The All” dropping soon, Bucktown alum Smif N Wessun debut “Ocean Drive” featuring Musiq SoulChild & Rapsody – @Smifnwessun
Next DJ Kay Slay invites Papoose, Bun B, Saigon & Meet Sims to share how they would save Hip Hop if they only had “24 Hours” to make a change – @kingdjkayslay @Papooseonline @BunBTrillOG @TheRealSaigon