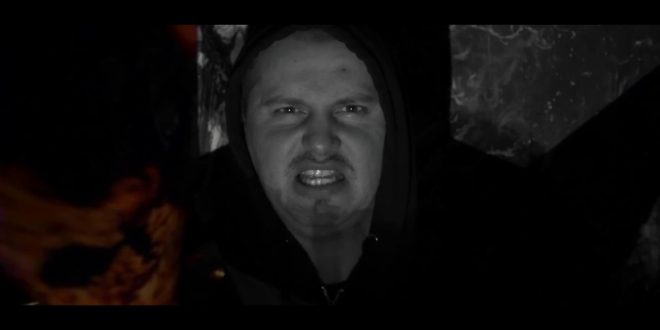 Taiyamo Denku and WC Tank team together once again for the official video behind the ghastly track, “Make Em Believe” – @TaiyamoDenku

It’s a constant battle between old and new school Hip Hop fans as the genre continues to change drastically. What exactly is Hip Hop and what should a listener expect to hear from a song? Unfortunately, the exchange doesn’t seem to have closure anytime soon. Milwaukee bred barbarian Taiyamo Denku is one of the old heads that works around the clock to keep the vintage Hip Hop sound alive. An advocate for the Boom Bap style of Hip Hop, he’s not afraid to speak his mind, even if he upsets other artists in doing so.

His latest body of work comes in the form of a visual for his dark, warrior anthem for “Make Em Believe”. Produced by partner in crime Dcypha, expect some horrorcore influenced sounds with cinematic strings, fast paced high hats and horns that will have your skin on end. Denku once again teams with director WC Tank for the lens work here. The pair first worked together on another “No Industry Standard” track, the Psycho Lez produced, “Stand Back”.

The video finds Denku in an undisclosed location that looks like something out of some b-reel slasher flick. He takes stabs at modern rap and it’s lack of rhyme skills. He speaks about his displeasure for the new scene and does his damnedest to light a spark under asses in hopes of getting new artists to step their wordplay up. “Make Em Believe” is one of many killer cuts from Taiyamo’s “No Industry Standard” album that features Conway The Machine, Lil Kim, Benny The Butcher and many others. Check out the video above and then scroll below to peep the album out. Lastly, stay tuned for Denku’s next release coming soon, a video for “Mr. Sunshine”, featuring Saukrates.

President, E.I.C. & Content Manager for Get Your Buzz Up - Digital Media Specialist For Independent Artists
@blitzb_60505
Previous Izzy Strange, Blu and Sara Fox delve into the ups and downs of life on the reflective “Just Me” single – @ishestrange @HerFavColor @whatthefox211
Next Two is always better than one, this is Mucho Dinero’s mindset for his latest tune, “2 More” – @mucho_dinero28