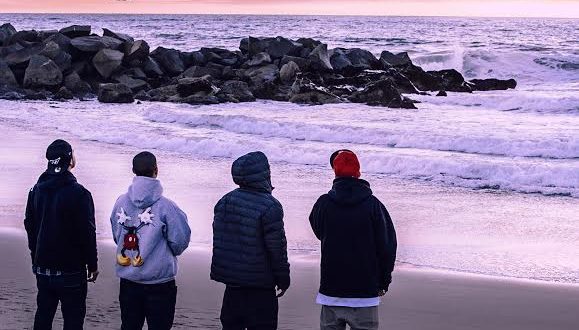 (Album Review)-@cloud9krew A Flight On Cloud9 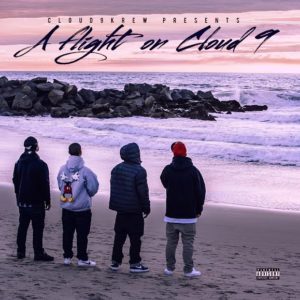 Portland trio Cloud9Krew present their latest offering in the form of a seven track EP entitled “A Flight On Cloud9” that features their explosive debut single “Let’s Go Get It” with Young Quicks. The album bolsters seven tracks with production from Bryan Blount, Blackxipher, RETRO1 and DeadBrainz. GYBU has been keeping an eye on the PDX squad since the release of their video documentary earlier this year where the rented an RV and made a trip from Oregon down to California, crew member Smokey’s old stomping grounds. Now with the project out, it was only right that we loaded it up onto the playlist and gave it a track by track review. Join us below as we decipher Cloud9Krew‘s “A Flight On Cloud9”. 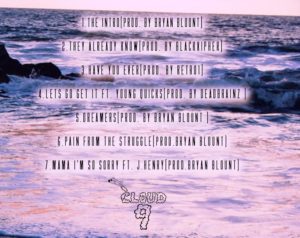 The album begins with one of many productions provided by Bryan Blout, “The Intro”. To set the tone for the rest of the EP, Smokey pens a touching tale over somber piano chords and a simplistic drum pattern. That helps put emphasize on the lyrics that speak about trials, tribulations and perseverance. As that fades out, the intensely deep “They Already Know” creeps in. Featuring all three emcees, the Krew lets the truth be told while servicing their mission statement to the masses, that they will never fold. Blackxipher does a great job on the beat choosing fast paced high hats, smooth pads and piano chords that give off a feeling of achievement.

Next up is track three, “Have You Ever”, featuring Donovan and the soulful sounds of Retro1. Don uses his mic time to offer up lyrics based on real life events like family, working and chasing dreams. The EP has been good so far but that’s when “Let’s Go Get It” comes on. Released as the debut single, it features Young Quicks who seems to have put batteries in the backs of Cloud9. This is the strongest song on the album and has a very strong commercial appeal to it without sacrificing it to the Pop world. You could also blame producer Deadbrainz who whips up a West Coast banger. I love the swing of this song and the chorus is highly addictive. Don’t be surprised if you find yourself chanting out lets’s go get it, let’s go get it after listening.

Bryan Blout mans the beats for the remaining part of AFOC9 as Donavon and Chiefy present “Dreamers”. As you may have guessed from the song title, it’s based around making your dreams come true. Blout offers up a sped up, vocal sample that adds to the vibe. I liked how the fellas used a backing track with a slowed down pitch effect. Like with “Have You Ever”, this one is straight Hip Hop. Buckle up for this next track though as Smokey showcases his story telling abilities on the adrenaline filled, “Pain From The Struggle”. A song we find is more than fiction as the song plays on. This is another standout cut and shows the Krew’s diversity when it comes to making music. AFOC9 comes to a heartfelt ending on “Mama I’m So Sorry”, a song that can make a grown man shed a tear. No matter how hard your heart may be, there will always be a soft spot for your mom there. This song is a great dedication piece, especially for Mother’s Day.

There’s no question that there’s alot of talent coming out of the PDX and Cloud9Krew is a prime example of that statement. Taking quality over quantity, the Krew focused on selecting strong songs that offer both variety and substance. Though I liked all the tracks, the one’s that stood out the most were “They Already Know”, “Let’s Go Get It” and “Pain From The Struggle”. I’d like to have heard “The Intro” beat with more substance to it but besides that, the instrumentals were well selected and there’s a good balance of content. I loved how the snuck in “Mama I’m So Sorry” at the end. These young men may just be getting started out in the game but with albums like “A Flight on Cloud 9” on their discography, I’m pretty sure we will be hearing alot more from them in the times to come. The entire EP is available for streaming and free download via Datpiff below.