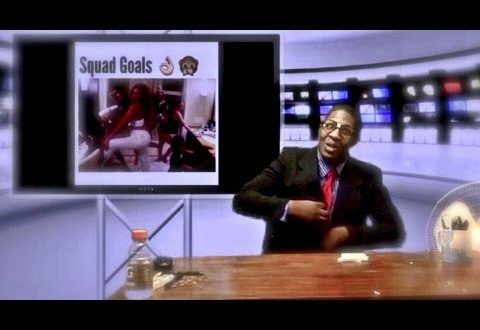 Portland’s own Sourmouth is back with his third video from his upcoming “A Million Little Pieces” album and this time, he tackles the subject of a “Basic Bitch”. Not intended to offend the ladies, Sourmouth takes aim at that specific demographic and goes into great detail in the release. The instrumental has a ragtime feel to it as it features samples from that time era. The PDX rhymer refers to his clever wit to put a humorous twist on the subject, even taking a stab at Caitlyn Jenner mid-song. As with his two previous videos, Mr. Federal mans the camera lens as he continues honing his director / editor skills. “A Million Little Pieces” is slated to release on June 1st and is available for pre-order via iTunes.

President, E.I.C. & Content Manager for Get Your Buzz Up - Digital Media Specialist For Independent Artists
@blitzb_60505
Previous (New Audio)-@WattstheFuture The Set Up
Next (Album Review)-@cloud9krew A Flight On Cloud9