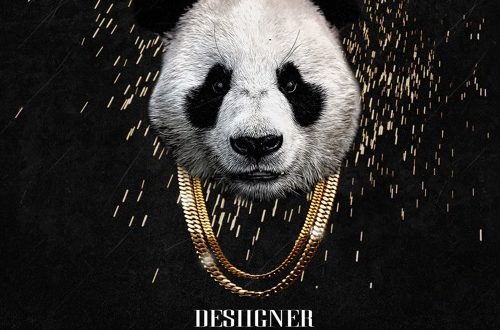 Desiigner’s song “Panda,” released back in December of last year, took its time becoming a hit.  Now that it’s number one on the Billboard’s Hot 100 charts (which was announced as I typed this article), the subject of a ton of controversy and of course, a song still regarded as somewhat of a mystery by listeners of The Life of Pablo, this Panda hasn’t stopped climbing.

But beyond the Future comparisons, the remixes and the notoriety, the song has sparked another interesting and important conversation, a conversation about producers.  As many have heard, the Manchester-based producer of the song, Menace, received a mere $200 for the original beat back when he sold it via Youtube to the then unsigned rapper.

As a producer who is outspoken about the poor treatment most producers receive in this music business, I received tweets and comments from other producers, wanting my opinion on this seemingly low-ball sale.  I had nothing negative to say about it—my gut, as well as professional experience, told me that Menace is doing well for himself and that $200 price tag is all but irrelevant to his overall career.

Menace composed the beat.  The beat wasn’t co-produced or sample-based.  In other words, I assumed he was its sole creator and therefore, entitled to a fair share of the publishing.  Unfortunately, most aspiring producers think an advance—the fee a producer receives upfront for selling a beat—is the end-all paycheck.  They couldn’t be more wrong.

I won’t go too deep into publishing because it’s an incredibly confusing concept that I don’t feel qualified to delve into.  However, musicians should be aware that every time a song is played on commercial radio stations, television stations, jukeboxes, music festivals—really anywhere—people are getting paid.  The “people” I’m referring to are the songwriters and composers/producers of the song.  This fee is usually a matter of cents rather than dollars, but when a hit song is played multiple times on various stations throughout the world, this money adds up—in some cases to millions.

I won’t sit here and guess at what Menace’s publishing checks are—that’s between him and his performing rights organization.  But plenty of people are playing the guessing game when it comes to whether or not Menace retained his publishing share of Panda after having sold it.

I was fortunate enough to ask him these questions myself, courtesy of both Menace and his manager Birdman from Timeless Music Entertainment.

DJ Pain 1: The main question everybody is asking is about the $200 Panda beat sale.  It doesn’t seem that the average producer understands the real money is in publishing, and simply because you sold the beat to an independent artist for 200, doesn’t mean you lost your copyright or publishing claim to the beat, is that correct?

Menace:  Yes that’s correct. Also, the reason why it was on[line] for $200 is because producers have been under cutting each other and customers will say, “Someone else does it cheaper,” and then the producer loses out on a sale. Selling beats alone is very difficult, there’s too much competition, but it’s about marketing your stuff and making [your brand] stand out from the rest.

DJ Pain 1:  Now that you have a top three song, has selling beats become easier?

Menace:  Yes and no.  A lot of people want beats, but then again, not many want to pay because I’ve put the price higher except [for] industry artists.

DJ Pain 1: To those who think you only got paid $200 total for producing Panda, can you briefly run down how your publishing share is really what matters?

Menace:  One thing is for certain I will be getting a lot of money regarding publishing but don’t want to say anything because everything is in the pipeline.

DJ Pain 1: But all in all, you’ve more or less expressed that the situation was a fair deal for you.  When Kanye used Panda on Life of Pablo, because you still own a shared of the publishing, you had to sign off on it, correct?

Menace: Yes that’s correct I’ll be getting a percentage of that.

DJ Pain 1: Any advice for producers out there who may not understand the publishing game?

Menace: Get a good manager and a good lawyer that will direct you to the right way.