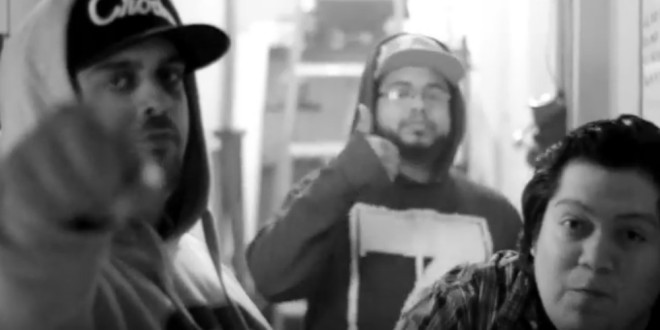 The Chicago based Hip Hop squadron known as 7oddz has been on a total blitzkrieg in 2016. Already having released the first chapter in their 4 part mixtape series “Out For Blood Vol 3”, they land a one-two combo with the release of the “Old Fashioned Hip Hop” EP. Being made up of just that, the project features the entire crew alongside Ukrainian producer Alf aka Aromoman. Having already released the cypher inspired video for “Oddities Philosophy” (click here), we’re treated to the second visual for the intro track off the EP, “Definition Of Hip Hop”.

Following the same theme as it’s predecessor, 7oddz goes from Montrose Harbor into the recording studio for this optical treatment. A-Lex handles the lens work as DreamTek, Doomsday and Roy Hobes both divulge into verses focused around their particular definitions of the artform. Some classic, raw Hip Hop is what you’re in store for, check out DOHH below.