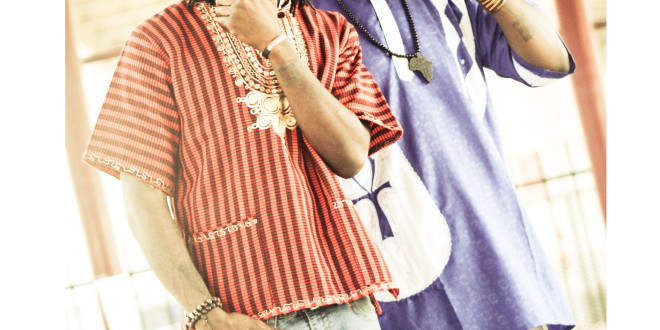 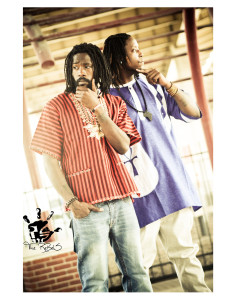 PS The Rebels, whats up with y’all? For the record who are you and what do you do?

Peace, we are PS the ReBels aka Pihon and SamUiLL the ReBels. Brothers, Comrades from Nairobi Kenya living the Black African American experience. Hahaha Really though we’re a Hip-Hop duo of African migrates offering our own sound of Afro Hop in Hip-Hop. Ya know, like Fela Kuti and indigenous sounds meets 808s and lyricism. The fusion! We wanna bring some roots and culture to the industry as well as what we think is thought provoking content in our music.

When did you guys link up? What’s your creative process like?

Well we are blood brothers, same mother same father and, we both grew up on the same influences and, were inspired by similar artists, as well as experiences, which is one solid reason for us to link up. Our creative process is flexible meaning we can write on the spot or have some time to write on a verse. As for me (Pihon) I much rather prefer being in my own element when writing music. I listen to the instrumental and let go, searching to catch the emotion the beat gives me.  Most of the time for me I’m mainly inspired by alone time, it gives me an opportunity to channel the energy I want to convey over the record, meaning I’m very lyric conscious and lyric driven. Once I have a direction,  I run full speed. That how my creative process goes, for the most part.

Being from Kenya originally, how did you get inspired to follow your dreams of being in the music industry?

As foreigners we have always had some type of fascination with western culture even when we were young overseas. We watch TV and see rappers all over living luxurious lifestyles that we wanted to also live. Coming from a third world country, the main thing about America is that, it offered opportunities that would accommodate anybody’s dream, only if they are willing to go out and go get it. Rap or Hip Hop was one away for immigrant African village kids like us to be accepted into this new culture that we are now a part of.

Tell us about your current projects and what you are pushing to the masses as we speak musically & visually?

The current project is called The Great Migration. A derivative from the great migration of the Africans in America; or Africans traveling from the south to the northern and other parts of the country in hopes of freedom; or like the annual great migration of Africa’s wildlife traveling across the Serengeti plains further north to the Masai Mara reserves searching for food and water. Now what we intended to push to the masses in The Great Migration EP is more of a combined experience of the three with our twist. A free thinking, food for thought music, sharing our influences and perspectives hopefully to start a conversation somewhere. So this projects is more of a mental migration. Taking a look at some of what western civilization binds us with like capitalism, greed, oppression, racism, consumerism, genocide, etc. I like to say the causes and effects of past demons whom were never addressed. And with that said visually we show our African roots and blending it with modern fashion. We like to be unique and animated but as children of hip-hop, musically, we want to stay creative and must always respect the art by including lyricism with purpose.

One of the things that really stands out about your whole movement is the presentation and substance within your lyrics, how important is your message and what do you really want listeners to experience?

Our message is important. It’s number one really. Coming from a culture that is currently dying and is under attack daily by modern society we understand the value of roots and authenticity. We don’t only talk it over instrumentals, you see, our message goes beyond the beat as we are also involved with several grassroots movements which are all organized against different routes of oppression from Africa to the Americas and, other parts of the world. So since our music is a part of us, what I know we both want the listeners to walk away with, after a PS the ReBels experience, is to have learned something new and beneficial. Something thought provoking that hopefully makes them build something positive from. Ya, know… to have a different reaction…

Your video for “The Edge” is super dope and creative, what was your initial approach when creating the treatment for this visual? How has the response been thus far?

Well “The Edge” was influenced by many things, for starters we wanted to pay homage to Grandmaster Flash and The Furious Five’s track, “The Message,” which is where we adopted the hook from but, we added a little afro hop twist to it. We wanted to represent alternate perspectives that could be found in society, from the corporate business man, vanity filled lady, to the hood dude on the streets. Each of these unique views can share one thing in common; they all at some point in life got tired and were pushed to the edge, perhaps the edge of the cliff which is the big metaphor to the song/video.

The response has been accommodating thus far, people love the look that we are promoting and viewers are responding positively. Seems people appreciate the message of the song as much as the visuals, people also really appreciated the stats in the intro to the song. We are pleased with the response and outcome.

I was checking out your website and not only do you post your own videos and music but you have a full blog and merchandise section, as an artist in today’s climate of music how important is it to be informative of the culture as well as create a residual off of your own product to fund your movement?

In today’s industry you must be informative with what’s going on.  We are in the computer generation and things change fast. This is the indie market, meaning everyone has access to it, which is good for the artist but, also bad since everyone has access to it. It’s saturated the market! So you have to be innovative by keeping up with new ideas and strategies to stay ahead of the market. It’s beyond just your music now. But, before anything first and foremost, you must fund your movement/brand. So as we spend money, we try to make sure it’s more of an investment rather than an expense. It has to make sense and have a turn around. I mean, every successful brand had to have enough capital, time and consistency to sustain the weight of the vision before it paid off.

Talk me through what a PS The Rebels performance consists of?

PS the Rebels, we pride ourselves in presentation and impressions, we also bring this same quality to our live performances. We bring liveliness, passion and energy to the audience with a captivating presence, dexterity, originality, pure lyricism and most importantly a new lifestyle. We want to focus on not just presenting music but, we are presenting a totally new experience for the supporter. We are the introduction to Afro Hop.

What is next for you?

As of now we are focused on capitalizing on The Great Migration EP. Continue building more rebel supporters who are really “rebels” themselves. Continue working on new music as well as with Grassroots Organization who are dedicated to the liberation of oppressed communities. We are also focusing on social changes as well as political changes. In the near future we are looking on going into video games, cartoons and definitely some work in the film industry. We’ve got big dreams and we see no limitations because we can acquire whatever we truly desire.

Where can potential fans find you online?

Any shout outs or plugs?

Wanna give a shout out to 7 Knuckles, Kalomika Films, Dezyne, Diplomatiq and the rest of the chamber family. Shout out to our producers Supa Dave, Rinaldo, and Bash. Also to Mousequake and Banger Soy studios, WAR Media and my mom for being the realest. Also s/o to the different orgs we have work with FOTC, GMF, MXGM, Huey P Newton Gun Club, and them. S/O to the supporters of the movement who keep us motivated and send positive energy our way. S/O to the haters as well, for keeping the balance. 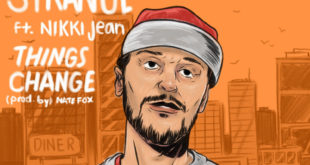