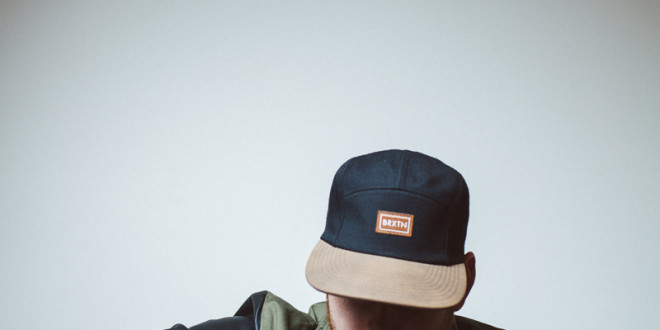 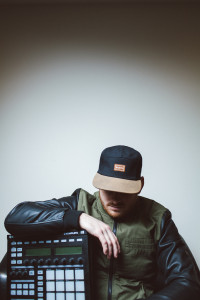 Hey Analogic, for those new to the name let the world know who you are and what you do.
Real name Jeffrey Baranowski, I am a hip-hop/urban music producer born and raised in Trenton NJ, currently residing in Mount Laurel NJ. One half of the group First4T8 and overall fan of every genre of music.
When did you start producing? Who were some of your early influences?
I started producing summer of 2003. Some of my earlier influences consist of J-Dilla, Pete Rock, 9th Wonder, DJ Premier, The Alchemist, Neptunes, Just Blaze, Timbaland
How do you describe your sound overall?
Well, Early on in my career I would describe it as heavy boom-bap/soul. Now, I have my hands in many different bags. Still heavily influenced by soul, and soulful chord progressions with hard drums except now I execute that strategy with influences from some trap, crossover hip-hop, pop, alternative and electronic I also bring in some outside trained musicians to add a natural feel on certain elements. I love live guitar, keys and drums! I’m really enjoying working with other musicians and producers. It’s great to have an outside ear to listen and add elements to a track that you never thought could be there.
You recently signed a non exclusive shopping deal with iStandard, how has that helped your career thus far?
I signed the deal late November 2014, Got my first placement in January 2015. All I can say is iSTANDARD is the real deal. They have opened up many doors and avenues for me! Everything from producer and songwriter collaborations to commercial music licensing. Not to mention I have access to any events and showcases they throw which really helps with networking and building more relationships. To sum it up, I am super excited to be working with such an amazing team,brand and empire!
Congrats on the recent placement with Rick Ross’s artist Scottyboi called ‘Down’ on his new project ‘Black Funeral’. The record features another iStandard alum Mistr Adams. Talk about the collab, how it happened and how you feel about the placement.
Thank you, I sent J-Hatch a batch of beats and originally I wasn’t gonna send him that beat for whatever reason, I guess I wasn’t sure if I wanted to add anything else into the beat. A few weeks later Hatch hit me up and emailed me the record with the hook that Mistradams did. I was surprised and excited! The hook was crazy! I had my engineer do a full mix on the record and another week or so went by then Hatch reached back out with word that Scottyboi wanted the record…and the rest is history. Since then Mistradams and myself have been working together regularly so be on the lookout for more from us!
Who are some of the artists you want to get in the studio with asap?
Geez, lol so many to name!! Jay-Z, Kanye, Kendrick, Dre, 50/G-unit, LaCrae, The Weeknd, Rihanna, J-Cole, Action Bronson,
Your locked in studio for 12 hours, what are 3 things that are MUST haves to ensure a successful session?
First off my Laptop! That has everything on it! Second, my maschine /controller. Third, a backpack full of energy replenshing food and water because its gonna be a long day!!
What is on the agenda for Analogic in 2015?
In no particular order, stock piling records for placement opps, finishing up my freshman release with my partner Jered Sanders as the group First4T8, building my brand and name as a household one in the music industry, Launching my music group which will consists of a collective of fresh, talented artists, songwriters and producers. I am also working on a Drum-Kit series. First installment will be released spring/summer 2105
Where can we find you online?
IG: analogicnj
Twitter: analogicnj
Soundcloud: analogicproducer
you can also check out some of my past releases on itunes! heres a few links to check out.
https://itunes.apple.com/us/album/the-booth-shall-set-you-free/id825255176

https://itunes.apple.com/us/album/appreciation-feat.-skyzoo-ep/id310643609
Any last shouts?
First off God for giving me the talent to do what I do. My Mom and Dad for always understanding and supporting my dreams. The rest of my family for the same reason. My Girl for inspiring me and understanding the grind that it takes to do what we do as artists and producers. East for giving me his mpc 2000xl when I had no money to buy one when I first started out. J-Hatch and the whole iStandard team for believing in my talents and giving me the opportunity to be a part of what they do. See ya’ll soon..
analogicnj Interview 2015-03-05
+Mr.GetYourBuzzUp
Share