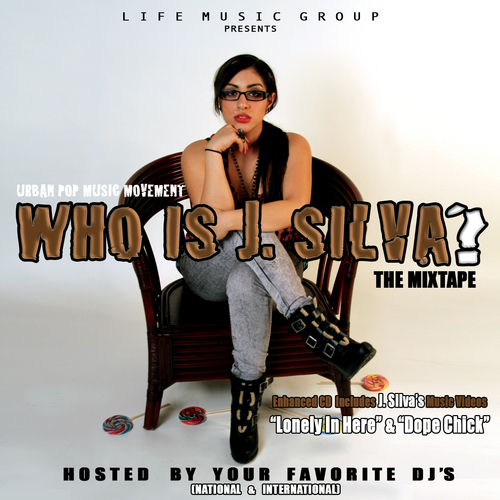 J. Silva is a 23-year-old triple threat to the music industry. She is a singer, songwriter, and dancer out of Chicago Il. Starting from a very young age, her persistence at working to become a vocalist and entertainer has led to success throughout her life. A few people in this world are blessed to know their calling in life at a young age and J. Silva is one of these fantastic individuals. Her passion for music and performing puts her above other artists in the industry. Her musical career started taking shape with the help of music producer Violator All-Star DJ, Naki the Beatman, also out of Chicago. DJ Naki the Beatman (who has produced music for artists 50 Cent, Chris Brown, Twista, Ying Yang Twins, and AK of Do or Die) is responsible for providing J. Silva with tremendous beats for her music, while J. Silva brings her own brand of entertainment and strong vocal range to her songs to become on of the premier urban pop artists of this decade.

In a world where most people are focused on their own success and needs, J. Silva also continues to set herself apart from her peers by supporting charities. Her support for charity foundations like Massachusetts Ear and Eye Charity, the Betty Wood Foundation, and the Tracy Murray Foundation demonstrates an innate need to help others and provide them with a chance for a better life. Her continued support to her community, including performing for charity events helps J. Silva remain grounded to a balance between personal success and building communal relationships, ensuring success on a more profound level. Her personal achievements in music have led J. Silva to win two Chicago Music Awards, including the coveted “Best New Entertainer” award in 2011. Her success has led to recent music interviews on Midwest radio stations WJQM 93.1 JAMZ, WPWX Power 92, and WFON K107.1.