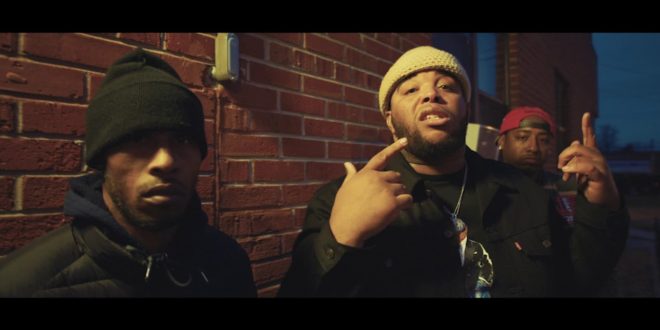 O.T. The Real and Big Ohh’s “Figure It Out” gets visualized courtesy of Itchy House Films – @OT_TheReal @BIGOOH

Philly’s O.T. The Real teams up with Big Ooh (who after being recently signed by Fat Joe is the newest artist to wave the Terror Squad emblem) to release a new EP, The 5, which was released on 3-8-2019. The EP was produced by Dougie OTB, who has also produced for Meek Mill, Rick Ross & G Herbo. O.T. appeared with Casanova on his IG live over the weekend and hinted at the video and today the duo release the projects first visual, “Figure It Out” (One), which was premiered by BET Jams.

President, E.I.C. & Content Manager for Get Your Buzz Up - Digital Media Specialist For Independent Artists
@blitzb_60505
Previous With his deal signed, 42 Dugg wastes no time linking with labelmate Yo Gotti for “You Da One” – @42Dugg @YoGotti
Next Reckoned black Sopranos El Camino and Benny The Butcher talk that smack on the Dirty Diggs, violin fueled “Venice Beach” – @elcaminosway @BennyBsf