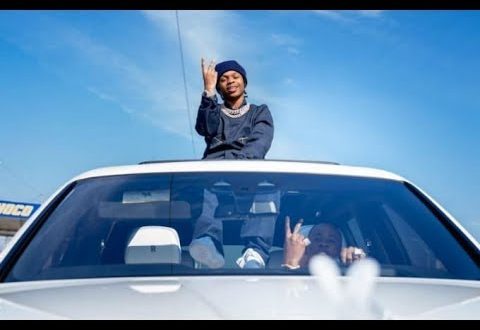 With his deal signed, 42 Dugg wastes no time linking with labelmate Yo Gotti for “You Da One” – @42Dugg @YoGotti

Yo Gotti has linked up with rising rapper 42 Dugg on a track called “You Da One.” The track was accompanied by an official music video shot entirely in Dugg’s hometown of Detroit. The visual arrived just a day after it was announced Dugg signed to Gotti and Lil Baby’s respective record labels, Collective Music Group and 4PF.

“I brought him out to one of my shows in Detroit and he rocked it,” Gotti said about the deal. “Duggs rocks with me and Duggs rock with Lil Baby and he wanted us both involved. We’re worldwide hustlers you can be from anywhere if you got it you got it.”

Now that he’s locked down major co-signs, Dugg is preparing to deliver more heat by the end of the week. Plug into 42 Dugg and Yo Gotti’s “You Da One” on YouTube.

President, E.I.C. & Content Manager for Get Your Buzz Up - Digital Media Specialist For Independent Artists
@blitzb_60505
Previous Knowledge The Pirate delivers a chilling visual for the eye opening street tale, “Science Born” – @PIRATEKNOWLEDGE
Next O.T. The Real and Big Ohh’s “Figure It Out” gets visualized courtesy of Itchy House Films – @OT_TheReal @BIGOOH