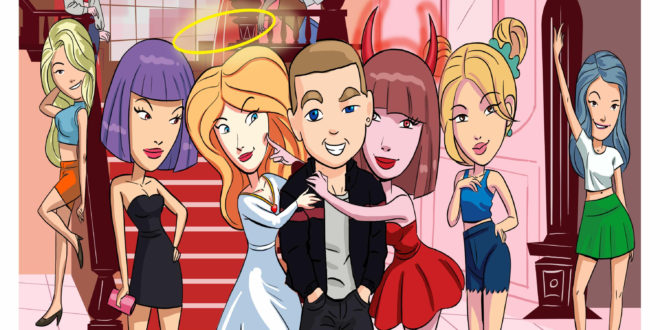 Baltimore Native Driscoe is a breath of fresh air. Using upbeat lyrics to cope with bipolar disorder, he’s been writing music since the age of 15. The 22-year-old musician credits hip hop music with saving his life, and even named his record label (Racing Thought Records) after symptoms of his diagnosis. In a mental hospital at the early age of 15, Driscoe reflects back on his hospitalization through some of his music. Music was not only a part of his recovery but was also a part of his sickness: “Battling psychosis, I thought that lyrics in some of my favorite artists songs were speaking about me.”

His first single “Lust to Love” was released on a ‘Manic Monday’ in the month of May (Mental Health Awareness Month). Driscoe is growing as a person and as an artist and plans on using music to promote positivity and joy. His recently released his second single: “Tonight”.

Driscoe had this to say about his latest single: “Tonight reveals my internal and external battle with lust. Women are my biggest distraction and at times a hinderance to me getting where I’m destined to go. The song is about just that and allows me to keep a fun and catchy vibe while being completely vulnerable in revealing one of my biggest personal issues.”