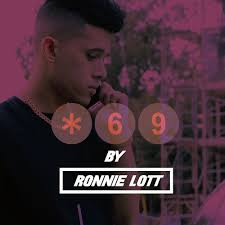 Ronnie Lott delivers back to back on the surprise 2 song EP, “Star 69” – @Ronnielottmusic “No Games” and “Blue Faces” were both produced by his in house producer J Nice (IG @whoniceasme) as the tandem is set to release their second LP “Word on the Road” in late September. The New Wave Camp stayed in house with regards to the visual of No Games with videographer Johnathan Nicholas (IG @roadtoballin), while solicting the appearance of rising model/actress Jasmine Moton (IG @jas_moton). The team tabbed local videographer DavieeDavee (IG @davieedavee) for Blue Faces, as Ronnie methodically tells a story of this up tempo beat. This artist representing the Texas culture should definitely be put under your radar. Stay tuned for more to come.

President, E.I.C. & Content Manager for Get Your Buzz Up - Digital Media Specialist For Independent Artists
@blitzb_60505
Previous Mike G Doe returns with “Ow”, following up his viral hit for the #WhoRunIt challenge [email protected]
Next Young Jarvez hops out of a Mercedes and finds himself among the clouds in his video for “Drippin” – @young_jarvez