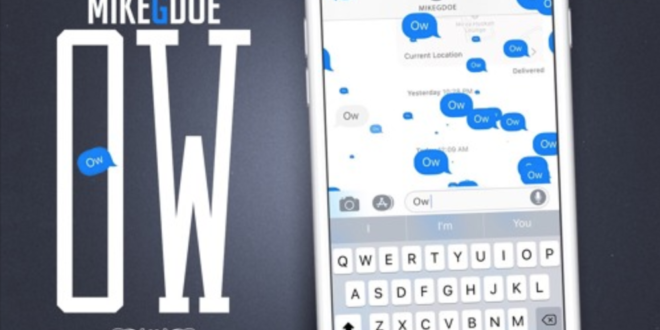 Mike G Doe is an American rap recording artist and songwriter. Born Michael Battle on November 21, 1990, in Saginaw, Michigan Mike G Doe is best known on the Atlanta trap rap music scene. A self-proclaimed solid guy, Mike received notice when he dropped his debut single, “Smoked Out Wraith” (2018) and his collaboration with MoneyBagg Yo “Traumatized” (2017). It is also his recent remix of “Who Run It” that is garnering major YouTube views. His new single, “Ow” simply put is a mellow trap anthem with a very bouncy vibe. Press play and zone out to it below.

President, E.I.C. & Content Manager for Get Your Buzz Up - Digital Media Specialist For Independent Artists
@blitzb_60505
Previous Young Dolph burns some Moonrock while swerving a camouflaged Bentley in the video for the Key Glock featured, “Major” – @YoungDolph
Next Ronnie Lott delivers back to back on the surprise 2 song EP, “Star 69” – @Ronnielottmusic