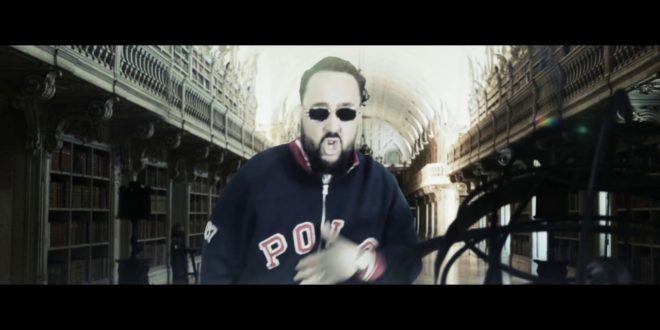 Experts say when one loses their eyesight, all of their other senses become magnified beyond normal proportions and even argue that in some cases the individual becomes superhuman. In the case of North Philly’s Stoneface, abruptly becoming 100% blind from a gunshot transformed his entire being into a supernatural melting pot of his remaining senses.

On “37 Arsonist”, Stoneface blindly opens the doors of earth, wind and fire with a non-stop 37 bar inferno over a cinematic soundscape equal to his new enlightened vision. Director, Scientific Lens, skillfully captures Stoneface’s divine energy and metaphysical parables giving the viewer a window into a world of fire trapped in eternal darkness.

President, E.I.C. & Content Manager for Get Your Buzz Up - Digital Media Specialist For Independent Artists
@blitzb_60505
Previous CMDELUX Films mans the lens for Gage Tielr’s “Emblem” video, a rags to riches story – @GageTielr
Next Songwriter Chel’le takes on the main stage, releasing an official video for her Hit-Boy produced love song, “Without You” – @_Followle