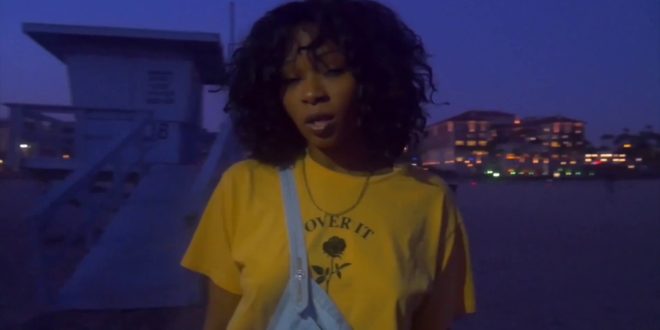 Songwriter Chel’le takes on the main stage, releasing an official video for her Hit-Boy produced love song, “Without You” – @_Followle

Hailing from Cleveland, Ohio, Michel’le “Chel’le” Marie has emerged from the same rich soil of so many other great African American singers. Like so many powerhouses and trailblazers in music, Chel’le began singing at a very early age. Her mother helped her pursue her dreams professionally when they moved to LA.

Chel’le’s career thus far has been a journey filled with amazing opportunities. She was formerly signed with Universal Music Group as a songwriter. She has worked with; Mario Winans, Dianne Warren, Dizzy Wright, Lil’ Flip, Audio Push, K Smith, Jack Knight, Jaiden The Cure, James Jeffrey, Lil’ Mama, Tech N9NE, BiG Krit and many others. She collaborated with Dizzy Wright, appearing as a feature on his track ‘The Perspective’, ‘God Bless America’ and many more. She calls it a blessing and God’s grace, that she was able to work with so many amazing artist and producers.

Chel’le is currently prepping the release of her 3rd EP with The Track Burnaz. They produced ‘Bad Tingz’ for Tory Lanez and ‘Use Me’ for Future. They are currently under super producer Rodney Jerkins Dark Child.

The first visual being released for the project Is ‘Without You’ a visual from her 1st EP Entitled All Me. ‘Without You’ was produced by super producer Hit Boy. When asked what was her inspiration for the video she states, “The video for ‘Without You’ was inspired by the love and joy I feel when I listen and perform ‘Without You’. Hit Boy made the track so free spirited and Godly, it makes you just want to appreciate life and the love around you in all forms.”

When asked how she met Hit boy, “Chel’le stated Hit Boy has been apart of my family for a long time. My mother was at the hospital with his mother when he was born. Before the world new him as hit boy we were supposed to work together but i was so focused on trying to finish school we could never really work. I saw his grind from the ground up he definitely taught me to keep going and to always remain humble”.

Chel’le is a brilliant, gifted and stellar talent on the rise and is destined to reach super star status and become a household name.

President, E.I.C. & Content Manager for Get Your Buzz Up - Digital Media Specialist For Independent Artists
@blitzb_60505
Previous Hip Hop’s Daredevil, Stoneface, sets fire to the mic and mental in his blazing “37 Arsonist” visual – @RealStoneface @GemstarrRegime
Next On his “Shake Up” EP, Kid Bookie grabs a hold of the your head and shakes it full of hypnotic, melodically flows – @kidbookie