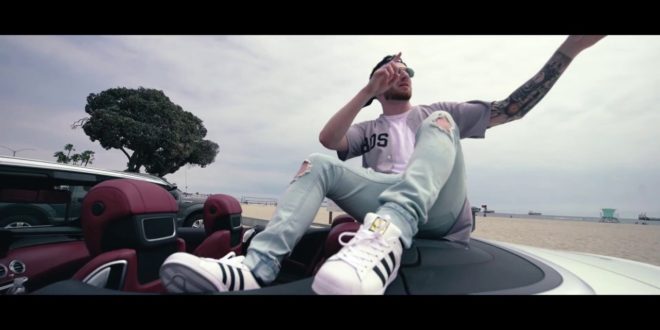 Massachusetts artist Gage Tielr candidly explains that he wants the “Emblem” in the front of his car to be Mercedes and much more in his CMDELUX directed flick. Things kick off with a down-on-his-luck Gage panhandling trying to catch a break. After receiving some money from a local, Tielr drifts off and experiences a fantasy filled dream that finds the budding rapper cruising the ocean side in California living life to it’s fullest. However, his dream comes to a sudden halt when a young skateboarder stumbles across Gage and rips the money he received in the beginning of the video, bringing his dreams of success to a halt.

The single was produced by Zero and will be featured on Tielr’s forthcoming EP, “With Love”. “Emblem” happens to be the Worcester based rapper’s lead single from the project. Check out the video below and stay tuned for more from Gage Tielr and “With Love” in the coming times.