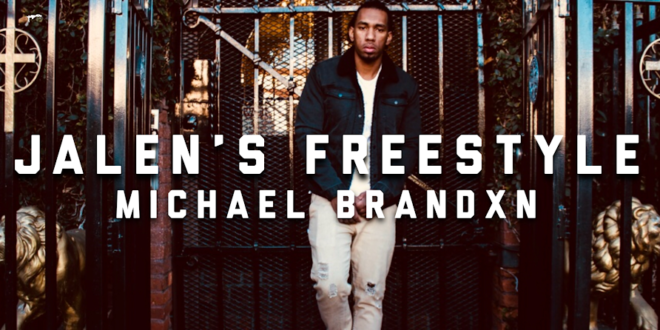 One of the greatest gifts from Hip-Hop has always been freesytling. Whether it is acapella or over a random beat, a true Emcee or Rapper can do it. “Jalen’s Freestyle” gives you a presentation and introduction to Michael Brandxn. From the lyrics to his clever punch lines to the delivery. Michael owns the mic and showcases his talent on this freestyle. Fun fact this freestyle is dedicated to his little brother, Jalen and the city of San Diego. Being from a city that hasn’t gotten recognition it deserves. Michael Brandxn echoes why San Diego and him will be known to the Rap/Hip-Hop world soon.

President, E.I.C. & Content Manager for Get Your Buzz Up - Digital Media Specialist For Independent Artists
@blitzb_60505
Previous Kurt Kobain meets Lounge Grudge on The Brazen Youth’s “Back of My Mind / Death: Posed” – @TheBrazenYouth
Next Michael Brandxn shows appreciation to the special women in his life on “Inner Peace” – @MichaelBrandxn