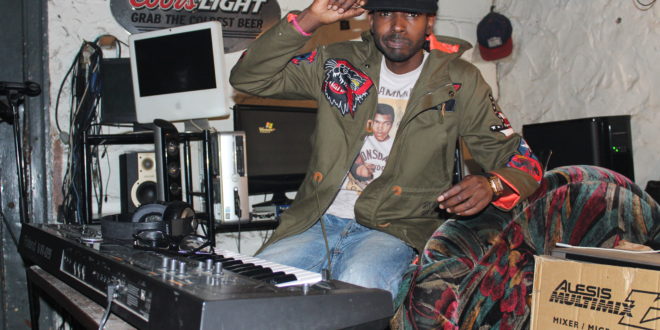 New York’s very own, Francheyez, is in the giving spirit, making it rain “Federal Reserve Notes Vol. 2”. The witty spitter delivers thirteen tracks in total, ranging from original compositions to remixes of some of today’s most noteable records. The Grind Mode Cypher alum showcases his sharp metaphor and story telling game all throughout the course of the mixtape. So far, the Hip Hop poet has released four videos in total from the project; “Night Fall”, “Doing Bad”, “Blame AmeriKKKa” and “Pain Release”. That is quite impressive for an independent artist and a mixtape. That and the fact that he continues to work closely with Grind Mode Cypher on numerous freestyle videos.

It’s been a couple of years since Francheyez made a deposit with the “Federal Reserve Notes” series. None the less, he has yet to skip a beat with his bodies of work. Volume 2 serves as a precursor to his upcoming joint ventures, a group project titled “Welcome To Cru York City” and “Disenfrancheyezed” with battle rap veteran, Ren Thomas. Stream the entire “Federal Reserve Notes Vol. 2” mixtape via Spotify.

President, E.I.C. & Content Manager for Get Your Buzz Up - Digital Media Specialist For Independent Artists
@blitzb_60505
Previous Young love, Hip Hop and emotions make up the “Rosewater” EP from Alec Bolen – @AlenBolec
Next Pariis Noel drops the compelling “Dear Dad” visual, a story told thru the thoughts of a fatherless child – @pariis_noel