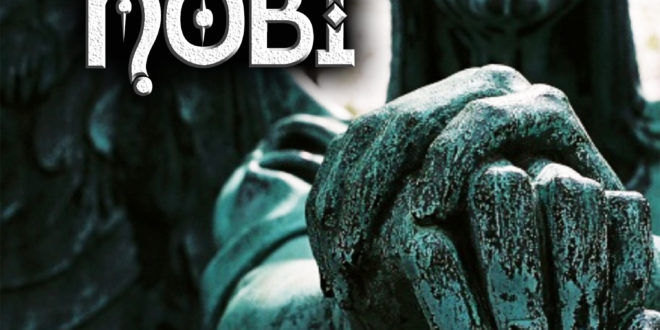 After years of silence, Nobi makes his climatic return to the music scene with “InteGRITTY 5” – @Nobi_GL Since GYBU first started getting heavy into the indy blog realm, we’ve been following New York artist, Nobi. He had a video for his thought provoking single, “Life Is But A Dream”. since then, the CEO of Gritty Lyf Music has amassed an impressive back catalog that any true emcee, big or small, can respect fully. One of his most noteable accolades is his “InteGRITTY” mixtape series. Starting back in 2013, we were lucky to be blessed with four installments of music in this series.

However, as time goes on and we grow older, some things get put to the side. Music happened to be one of those things. Now in 2018, news submerged on Facebook that the New Yorker was back and not just with a new song or video but with “InteGRITTY 5”. After several years, Nobi returns just in time when Hip Hop needs him the most. No features, just explosive Rotten Apple wordplay to get the blood boiling. The production is handled by Cardiak, Araabmuzik, Wicked Keyz, Tone Jonez and Mantra. It’s good to have him back and even better, the project is available as a free download for all his die hard fans.

Tune into “InteGRITTY 5” on Audiomack.

President, E.I.C. & Content Manager for Get Your Buzz Up - Digital Media Specialist For Independent Artists
@blitzb_60505
Previous There’s “No Looking Back” for Bless 1 while on the quest to achieve his dreams – @bless1music
Next Seouless and Brodee have been taking trips and making flips to make thier “Money Right” – @Seoulessmusic @itsBrodee