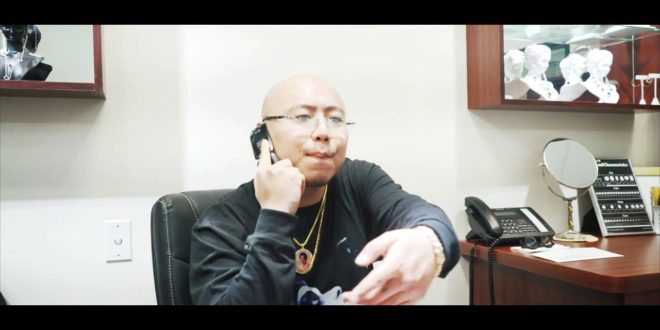 To make something out of nothing is always a challenge but SEOULESS has always been the one to make it possible. Immigrating from Korea at the early age of 2, Seouless is known for twisting the stigma of the American Dream to suit his artistic vision. By the age of 18, Seouless found his passion in music through fortunate circumstances that always lead him to be at the right place at the right time.

From being in Ray J’s studio recording his first freestyle to currently collaborating with the likes of Mars from 1500 or nothin’ and Southside of 808 Mafia fame, Seouless has always been able to cultivate two distinct cultures into his music. With an eclectic sound of fusing west coast rap, trap,boom-bap, and Korean music, Seouless is currently on the forefront of pioneering his own genre, K-trap.

His newest single “Money Right” featuring Brodee (of Nipsey Hussle affiliation) and produced by Cypress Moreno has been steadily gaining stream and how he returns with the official music video. The video was shot and directed by Truly (King Lil G), taken place at Studio 519 LA and YSI diamonds in Downtown Los Angeles. The story behind it is to showcase the amount of hustle and ambition it takes to “get your money right”. The idea for the song came through Seouless and Brodee’s real life experience of hustling in the streets and finding a balance between streets smarts and book smarts.

President, E.I.C. & Content Manager for Get Your Buzz Up - Digital Media Specialist For Independent Artists
@blitzb_60505
Previous After years of silence, Nobi makes his climatic return to the music scene with “InteGRITTY 5” – @Nobi_GL
Next BuzzN iNterview With Alec Bolen – @AlenBolec