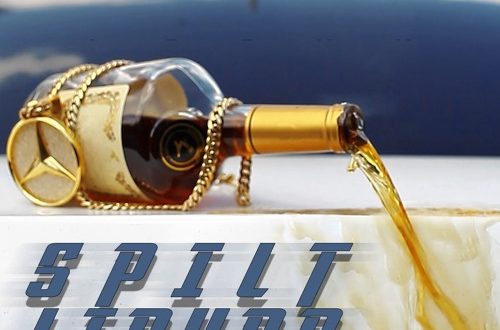 Miami native FLEXX continues to go strong on his campaign trial in 2018. He started the journey this year with the stunning cinematic behind “No Overnight”. He then blessed us with the piano laced “Jordan” and followed with the celebratory sounds of “Occasion”. Now, the avid rapper returns with a new single and video for the Dvtchie produced, “Spilt Liquor”.

The single was inspired by late night studio vibes and two of rap’s most influential artists, Biggie and 2Pac. So for the visual, FLEXX wanted to capture that exact essence that sparked the creation of the song. We find the Florida artist couped up in a high end recording studio with a select number of crew and his turned up dime piece. They indulge in some Hennessy and weed and some subtle VHS tape editing shots. Overall, the song will surely get your adrenaline pumping.  FLEXX has many more loose singles planned for the remainder of the year.  Next up is the audio release of “Rih Rih KeKe” and live performances announcements, stay tuned.

Known for his eye for fashion, killer smile and laugh, FLEXX has paid his dues and risen through the ranks of the industry. He’s learned the music business from the bottom up, starting his career as an intern for music producers and as a producer’s assistant where he worked with noted producers and directors like Claudia Rivas, Judd Allison, Gil Green, Antwan Smith, Ray Kay, and Chris Robinson. In these roles, FLEXX developed his understanding of the music business, his signature work ethic and openness to opportunity. In 2015, armed with his experience working with artists like P. Diddy & Dirty Money and brands like Nike and Lexus, he launched his own career writing songs and making music videos.

President, E.I.C. & Content Manager for Get Your Buzz Up - Digital Media Specialist For Independent Artists
@blitzb_60505
Previous Lyricaly Artistic drops the strip club anthem “Twerk Dat” and showers dancers in dollars – @LyricalyA
Next Watts artist ES OCH unveils his 14 track project “Out The Mud” with production from BRKLY and others – @Es_Och