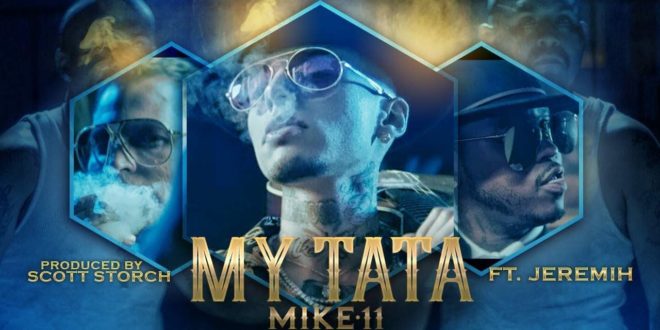 Lisbon, Portugal-based guitarist / songwriter Mike11 has honed his string skills under the legendary, Arménio de Melo. He now brings his talents state side and does so in an explosive fashion. Having caught the ear of renowned producer, Scott Storch, the pair combine forces and land a powerful feature with Chicago R&B hitter, Jeremih. With it’s potent international appeal, the single now finds itself with an accompanying video, directed by Arrad Rahgoshay.

The video portrays a story based around Jeremih having an affair with a drug czar’s girlfriend. Two thugs are sent to end the relationship but luckily for the singer, he has someone watching over his well being. We find Mike surrounded by beautiful women as he wails away on his Portuguese guitar. Too be able to land production from Storch and a fully performed song from Jeremih is no easy feat and should prove without a shadow of a doubt that Mike11 has every element of a hitmaker. Watch the official video below and stay tuned for Mike’s full length debut album to launch sometime this year.