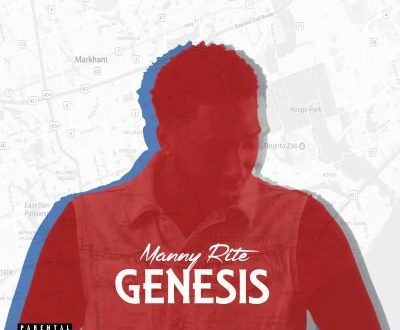 Manny Rite presents his first official project, “Genesis”. Made up of five singles the EP features his previously released “Real Thing” which features Dancehall artist Serani. That track currently has over 20,000 listens on Spotify and counting. “Genesis” also features a new single called “Process” made up of a hypnotic beat and introspective lyrics. Manny took to YouTube recently to offer up a behind-the-scenes look into the album and much more.

Exclusively produced by 12Keyz and Too Faeded, the Toronto-based artist uses the release as his introduction to the world, showcasing the awesome music that he works around the clock on. Enter the world of Manny Rite and his “Genesis” project below.