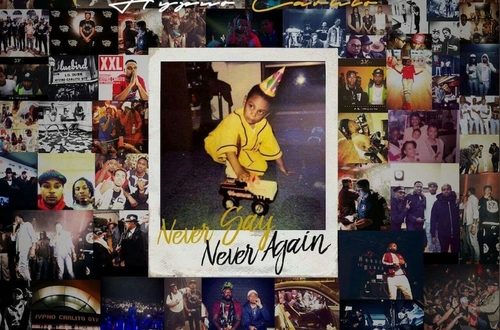 Chicago may have a problem on it’s hands in the form of rapper, Hypno Carlito. After embarking on a year long journey that included the release of the critically acclaimed and street approved “Never Say Never”, a national tour, and millions of views and streams, it all culminates in the emphatic “Never Say Never Again.” The 14 track project boasts heavy hitters like the recently released Bump J, Trae The Truth, OJ Da Juiceman, Project Pat, YFN Lucci, Rockie Fresh, Lud Foe and of course label-mate and  OTF’s own Lil Durk. Production is handled by some of the games hottest with Kid Wonder, Stash 808, Ncredible Tre and Tripz Traxxx all lending their hand to create a new piece of Chicago’s long and storied musical history. Catch Hypno in a city near you as his “Never Say Never Again” tour starts in Chicago and ends in Phoenix!