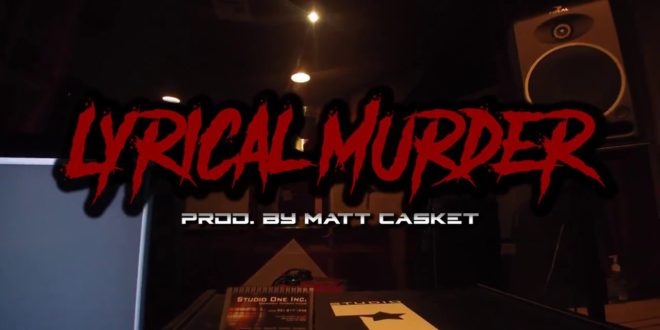 Seasoned lyricist Sloan Bone is joined by the barbarians of Horse Shoe Gang to purge words and slaughter beats in “Lyrical Murder”. For close to four minutes straight, Sloan and HSG play off each other’s verses and literally kill off any use of a hook. Who needs a hook when you can verbally juggle a plethora of nouns and verbs? If you’re not familiar with Sloan, he is known for his Mo Thugs work alongside Layzie Bone. More recently, Sloan has been working with Slaughterhouse member, King Crooked. Which meant it was only a matter of time before he would cross paths with the Horse Shoe Gang. Besides, they’re all Long Beach, California natives. Check them out in “Lyrical Warfare” and be on the lookout for Sloan Bone’s album “Catharsis” to debut soon.