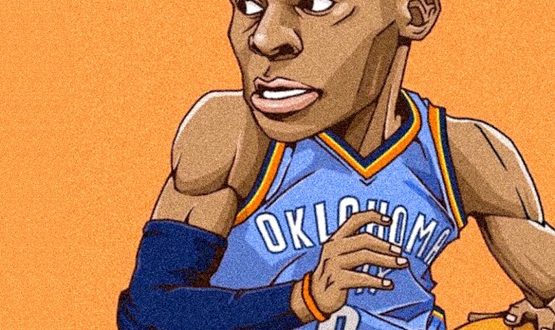 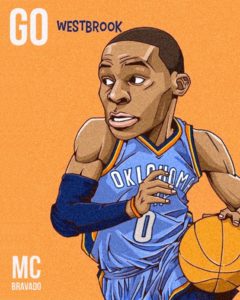 “Go Westbrook” is the third single off MC Bravado‘s acclaimed second LP: “Hip-Hop*”. Produced by Von Stacks, the song was inspired by the OKC Thunder’s mercurial MVP candidate, a fearless force of nature famous for devoting every ounce of his being to everything that he does. This track was crafted to serve as a “leave it all on the court” axiom because life doesn’t offer replays in the same sense as sports, so immerse yourself in what you love, embrace your moment, and take your shot: “Go hard in the paint, and Go Westbrook”.

“Hip-Hop*” was released 3/3/17, courtesy of Soulspazm, and features an all-star cast of collaborators, including but not limited to: Nitty Scott, OnCue, J57, KONCEPT, EP of The Doppelgangaz, PaceWon, DeeJay Element, Real Deal, and Teddy Roxpin.