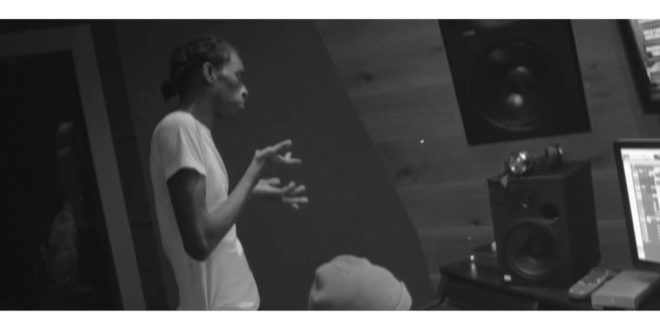 With Hip-Hop music’s declining sales throughout the twenty first century, including a nearly 25% drop in album sales in 2014 according to Nielson, gold and platinum records have become scarce. When a single or album sells over half a million copies, it receives a “gold” certification from the Recording Industry Association of America (RIAA) and a “platinum” certification when those numbers are doubled.

Still, some musicians still receive these honors, even highly controversial figures in the Hip-Hop music industry. The rapper Young Thug’s name is almost synonymous with controversy—his high-profile feuds with colleagues, his fashions choices, which include dresses and skirts, and his unorthodox vocal stylings have garnered him both positive and negative attention. The old maxim “controversy sells” was proven correct in July of this year when Young Thug’s song Best Friend, earned a platinum certification.

The composer of the song, producer Ricky Racks, crafted many beats/instrumentals for the artist and did not expect this particular song to achieve such a high level of commercial success.

On the subject of surprises, it may surprise many fans and aspiring music professionals to learn that Ricky Rack’s road to producing platinum hits did not initially involve the help of managers or agents. I was able to discuss what lead up to the song’s creation, what the business of selling beats looks like and what comes next for him as a platinum certified producer.

DJ Pain 1: Congratulations on going platinum with Young Thug’s “Best Friend.” That’s a big deal, especially these days when Hip-Hop records aren’t selling as well as they used to. When you made that beat, did you have any idea that it would be your big hit?

Ricky Racks: I had no idea at all. I had a lot of other songs with Thug [that] I thought would be bigger.

DJ Pain 1: Most producers who have never experienced placing a beat to a major artist don’t have any idea of how the process works. What was the sequence of events with “Best Friend?”

Ricky Racks: I was working out of a studio called Darp in Atlanta that’s where I met my friend, Alex Tumay, [who] is Young Thug’s engineer. I had built a relationship with him and sent the tracks for Thug… That’s how I placed the record and started building my relationship with Thug. A lot of good stuff happened at Darp– That’s where I met Wheezy and Tm88 and Spinz, Southside, Metro [Boomin], etc. It was like a producer’s playground.

DJ Pain 1: Once the songs you produced were chosen to be released commercially, what did that process involve as far as preparation and paperwork went?

Ricky Racks: Basically a producer [agreement] is sent out from the artist that explains the terms and fee paid out and so on, and then once it is signed and sent back, the song is released.

DJ Pain 1: At what point did you seek out management or help from a lawyer?

Ricky Racks: Once the workload became more than I could handle without help.

DJ Pain 1: So to be clear, you didn’t have management when you placed “Best Friend,” but you did have a lawyer look over the producer agreement?

Ricky Racks: Yeah, [I] always have a lawyer look over everything. The paperwork is your money and you last thing you want is to make a hit song and not reap the benefits of your hard work because you didn’t wanna get a lawyer.

DJ Pain 1: On the subject of money, because “Best Friend” sold over a million copies, what’s the better income stream for you– performance royalties/publishing or royalties from sales of the song?

Ricky Racks: I honestly don’t know. As of now, the stuff is just starting to come in.

DJ Pain 1: A lot of producers think they need management to get them big placements. You have a manager now, but before the hit record, you were a free agent. What advice can you give producers without major placements looking to build sustainable careers?

Ricky Racks: Work; don’t chase the big names all the time, because the little name guy may be tomorrow’s big star. Charge something reasonable and build good relationships and when you do get those big placement opportunities, [do your best.] Word… travels once you get a reputation for having good product the [and] work will come.

DJ Pain 1: I’m always emphasizing the importance of publishing. There are a lot of myths and misunderstanding about publishing splits, especially the myth that when a producer sells a beat to an artist that he or she is selling their share of publishing. Can you talk about your publishing split on the songs you produced for Young Thug?

Ricky Racks: It’s a even split which it should always be unless [there are] samples involved or multiple artists or producers on the record.

DJ Pain 1: Your new track with 21 Savage is gaining a lot of traction. What other projects of yours should we be looking out for?

Ricky Racks: More with thug, Tate Kobain from Baltimore, he’s dope, Fetty Wap, Iamsu… I’m trying to spread it around, I never wanna be put in a box.

Let us keep our ears open for new music from Ricky Racks in the coming year.