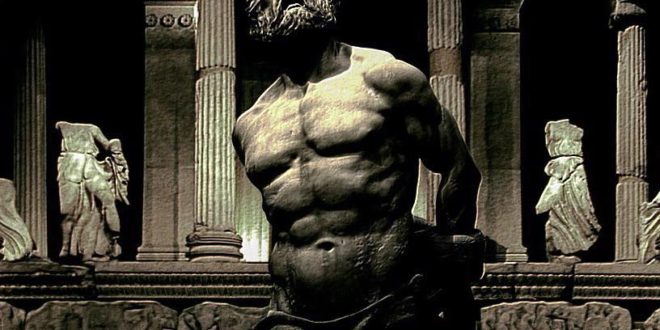 Baltimore, Maryland emcee Korleone The Steel Hammer premieres his sixteen track LP entitled “Prometheus”. The name carries back to ancient Greek mythology and for this album, Korleone is set on a similar path, bringing fire back to mankind via audio. With only two guest features from Sullee Justice and C. Diggs, he creates warrior chants for the everyday people, giving them assurance that although the good guy may finish last, he will always win. Join us as we visit a few of our favorite songs down below.

“Prometheus” – This is the intro track and since it shares it’s name with the album, I was imagining this would be one the best songs featured. I was right. I listened to this a few times before proceeding with the rest of the project. TSH pours his feelings out over a very well constructed beat. The Hard Rock guitar segment i the chorus was perfectly executed. I loved the vocal samples used along with the claps and bongos. I love songs with a strong meaning and Hammer does a solid job of sharing his life story to listeners.

“Legendary” – This is the second song of “Prometheus” and carries over the powerful tone set forth on the title track. I was getting full of adrenaline with the beat build up at the beginning, it has a coliseum feel to it. It sounds like something from the Russell Crowe “Gladiator” movie. We heard Hammer get personal on the song prior to this one and now we are introduced to the Korleone The Steel Hammer persona. His voice sounds like a tried and tested warrior, you can really feel his lyrics. The bridge at 2:34 hit it home for me. If you can’t decipher it at first, Korleone utilizes biblical symbology in his lyrics, as heard here.

“Pehli Mulaqaat” – This to me is the deepest song on the entire album. I had to put some research time in for this one. So the song title is in Hindi dialect and when translated to English reads “First Meeting”. Korleone pens a love tale using both Hindi and English languages. I wish I could pick up on everything being said but none the less, I love when artists take chances with creativity and “Pehli Mulaqaat” is a prime example of when things go right. Talk about thinking globally, Hammer does just that here with his bilingual abilities. Awesome concept, make sure to check this one out.

“Prometheus” also has other notable songs such as the Sullee Justice collab “Fire”, “Elevation Music” and “From My Heart”, where he once again spins his multifaceted language skills. I’d recommend this album for anyone looking for spiritual uplifting, to those that enjoy a more energetic style of Hip Hop and to fans of East Coast music. You can stream “Prometheus” via Spotify below.