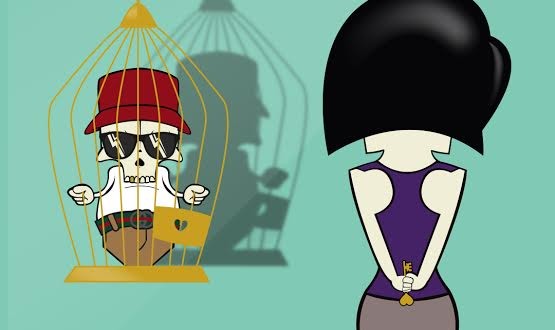 (EP Review)-@DjustinMcFly Love Is A TRAP The B Side Remixes 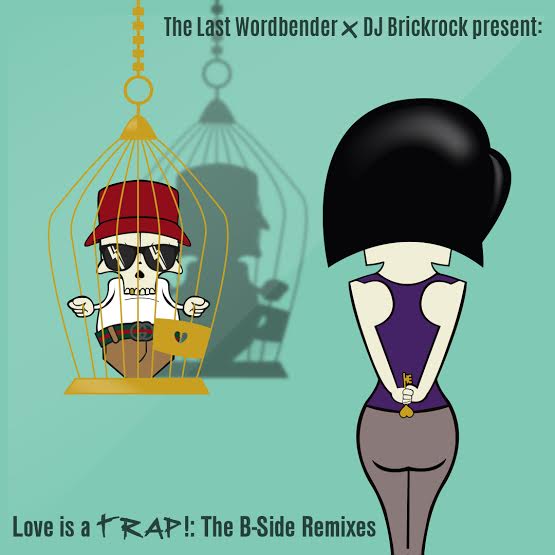 GYBU has had an eye on The Last Wordbender since he first appeared on our platform with his video for the “Rocktown (Remix)”. Since then, he’s dropped his first full length album, “B-Side Love Songs”, along with 2 singles and a video to accompany one of them, “Now is the Time 4 Me”. Having a good relationship with DJBrickrock, who produced much of Wordbender’s debut album, the two began working on a special remix project. This mini EP was compiled up of three songs from B-Side’s: the aforementioned “Now Is The Time 4 Me”, “I Can’t Help It” and “WoW”. When you think of a remix, the first thing that comes to mind is a guest feature or a different beat. That is not the case with “Love is a Trap!”.

The two man crew began experimenting with Trap music as an inspiration for the production end of it, the total opposite of the soulful, Boom Bap originals. Wordbender also relayed the vocals and flipped the entire sound of each one for this EP, looking at artists such as Gucci Mane, 2 Chains, RiFF RAFF, Ludacris and other Trap/ Southern influences. The end result is marvelous, especially when comparing the originals to that of the remixes. GYBU wanted to not only break down each track but offer up their soulful counterparts so you could compare them for yourselves. Let’s get into “Love is a TRAP!: The B-Side Remixes”:

“Now Is The Time 4 Me” – The original sounds like something fresh outta “Rocky”, which is what the inspiration was drawn from for the video. On the Trap Remix, TLW comes out the gates firing off a much more hyped delivery than the o.g. version. The breakdowns are subtle but keep up with the high energy of the song. Heavy bass, sweeping synths and simple beat breaks give this song a whole other identity. An excellent example of remixing to the extreme, love this one.

“I Can’t Help It” – The original version starts out with a smooth Micheal Jackson intro then moves into a very mellow instrumental reminiscent of A Tribe Called Quest, Bush Babies and The Pharcyde. It also featured vocals from singer Shony Jones. For the Peanut Butter Remix though, we get a reworked duet styled chorus with the Rockford emcee and newcomer Carla Michelle. With DJBrickrock sampling Lil Jon, Wordbender provides a delivery in the tone of Gucci Mane. I really enjoyed the breakdowns and bridges on this song. It was also something I could hear on the radio. Again, it’s crazy how these two completely flipped these songs around in the manner they did.

The last song of the three, “Wow”, is a spin off of “When She Said Hello”. On this offering, we get treated to Wordbender’s rendition of the “whisper” flow made popular by The Ying Yang Twins and David Banner. This is an ultra chill version of it’s predecessor. I really was digging the instrumentation on here. The offset drums and tones just put you in a moment of total zen. DJBrickrock did his thing with the production here once again.

If I haven’t already said it enough, I’ll say it one last time. To really capture the feel behind this EP, you have to experience hearing their respected counterparts as well. Seeing the transformation from Soulful Hip Hop to a commercialized Trap sound is the highlight here. And with only three selections, the spoken word poet doesn’t over-saturate the project, keeping things fresh. Experience the remixes for yourself on “Love is a TRAP!: The B-Side Remixes”.