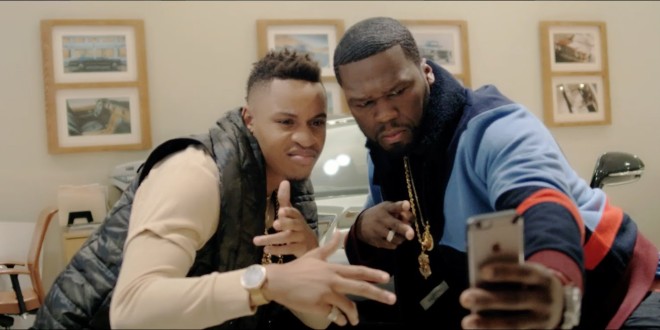 R&B recording artist Rotimi is a triple threat; a model, actor and musician. Having garnered major notoriety for his role as Darius Morrison on the Starz Network series, “Power”, the New Jersey native has been quite a busy body. Since being added to the highly popular cable series, Rotimi was inked to Curtis “50 Cent” Jackson’s G-Unit Records imprint and in doing so, presents his debut release since signing on titled “Lotto”.

In the video, Rotimi is accompanied by the G-Unit general himself for this “rags to riches” cinematic. With a title like “Lotto” and having the Unit involved, you already know the props and location shots are of an upper echelon level, just check out some of the vehicles that were used in the filming. Make sure to watch until the very end for a highly entertaining plot twist and a cameo from another “Power” series actor, Carlos “Vibora” Ruiz. What a way to roll out a debut release, check out the video below.