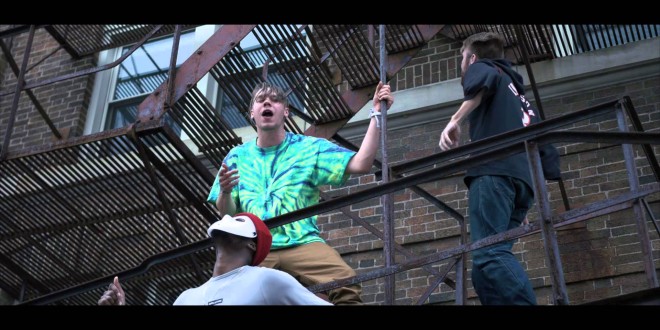 Twenty-six year old Wisconsin recording artist Mozaic debuts his brand new, off the wall visual that takes us back to the good ole days in “1999”. With a clever flip of the theme song to the classic 80’s show “Knight Rider”, producer Mike Regal sets the stage for the “Sloshkosh” rapper to revisit his crazy college campus party days while giving a voice to the younger generation of misfits in the process. The single follows up Mozaic’s previously released EP “Peace By Piece”, which has a completely different approach and showcases his musical diversity.

On top of the sonics and vocals, the video is pure entertainment and furthers the uniqueness of the release. Instead of providing a breakdown of what the cinematic has to offer, it’s best if you just press play and experience it for yourself. Guaranteed to get your head nodding and keep your attention all throughout, Mozaic comes thru in true Prince mode and party’s like it’s “1999”.