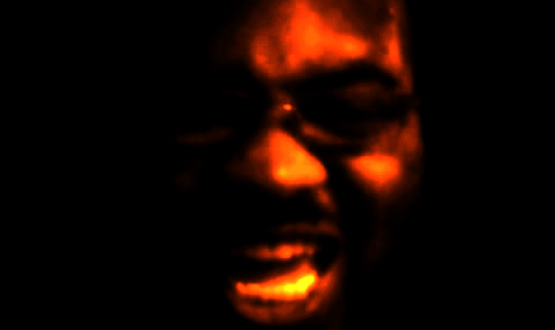 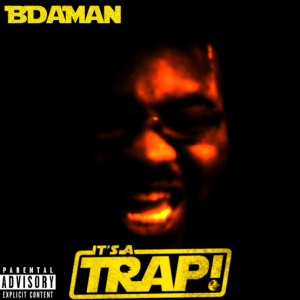 After nearly a two year hiatus since his last release,“Here’s The Man”, Minnesota recording artist BDaMan bursts back onto the scene with precedence on his latest endevour, “It’s A TRAP!”. Checking in with seven songs (including the “Intro”), the Minneapolis monster showcases his uncommon cadence and delivery throughout the release. With two featured artists, B.Allen and 24KT’D, we are taken into a world of Science Fiction meets Crunk over Trap and EDM style production. BDaMan’s style is rough and rugged, overflowing with massive energy. Join us as we run threw a track by track review of “It’s A TRAP!”.

The overall tone is set with the Sci-Fi inspired “Intro”. At first listen I automatically thought about those old black and white tv shows, like “The Twilight Show” and “Outer Limits”. By the end of the forty-six seconds, I’m highly interested in hearing what’s next. I did not expect what was to follow. “Power” features a heavy EDM influence and samples the 1990 hit “Power” from the group Snap. After an initial beat build up, BDaMan hits the track like a bomb blast. The intensity of the vocals continues to build from start to finish and even has a splash of Reggae flavor. I really enjoyed the complexity of the production, I have to say it was interesting to hear a song like this, I can’t really classify it into a category or genre. At this point, I really don’t know what to expect from the EP.

Track three, “I Don’t Need It” has it’s first feature from B.Allen, who just so happens to be one half of the group Speed of Sound with BDaMan. Though I haven’t ever heard the duo’s material prior to this, they make a great combo. This record has a strong Trap music influence to it. The sample in the hook sounds like a mad scientist’s assistant. This is the type of song that’s playing in the background while getting heavily intoxicated. Talk about explosive energy, these guys deliver a block banger with this track.

Following the theme of track two is “About The Bass” borrowing some samples from the notorious Meghan Trainor single. This is another clever production choice. Instead of speaking about BBWs, BDaMan talks about his favorite component of the modern sound system, sub-woofer bass. BDM’s drill sergeant like delivery fits the track well, I love the change ups on the beat. Of course, the Midwest rhymer follows the change ups quite well. Track five also features a sample from a well known release but this time it’s not such a modern one. The Mamas And The Papas “California Dreamin'” gets a “It’s A TRAP!” redo. On “Brown Leaves”, it’s B that adds some change ups with his vocal tone. Right around 1:20, the lyrics take on a subtle approach until the build up breaks in and BDaMan becomes Bruce Almighty with a mask and a knife. The lyrics on this particular track are my favorite of the album so far.

We then get a special treat in the form of a double guest feature on “Wake Up”. We are introduced to Culchr ENT.’s in house producer 24KT’D and a second appearance from B.Allen. This presentation is more of a chilled one. But of course, BDaMan and company still come off aggressively. The chorus is what really caught my attention. I enjoy motivational based songs and having all three artists on one record is a change. The EP comes to a close on “Ain’t Goin’ Nowhere (Hold It Down)”, another record strongly influenced by Trap music. Once again, the production bolsters samples of the viral video that made the term “I’m legally blind” infamous nationwide. The sample is chopped and edited into the chorus and the intro to the song is the showstopper.

“It’s A TRAP!” is very different from most rap albums out but in a good way. The uses of certain samples are ingenious and BDaMan’s voice sounds like a mixture of DMX and Bone Crusher. However, there is one flaw I couldn’t help but point out: the mix. Though it’s not something that ruins the project, it does affect the listening experience and at times clouds the overall sound. Perhaps down the line, the EP could be remastered and given a cleaner mix. But besides that, “It’s A TRAP!” offers something new in a genre that is too well known for cookie cutter artists. My favorite song is tied with “I Don’t Need It” and “Brown Leaves”. I’d also recommend this project to fans of music genre blending, fans of the underground Midwest music scene and for anyone looking for something different to listen to. Stream and purchase BDaMan’s “It’s A TRAP!” from the Bandcamp player below.