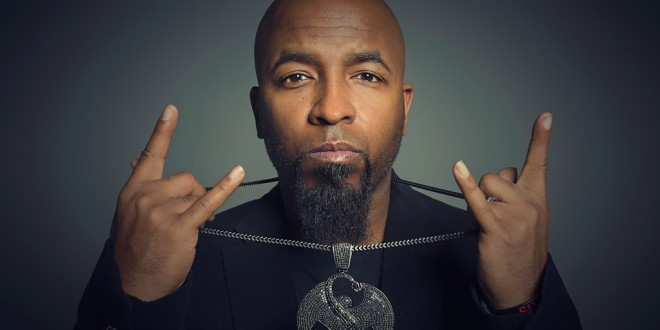 Tech N9ne is that guy you’ve probably heard of before, but if you’re not a staunch follower of his lucrative independent Hip Hop movement, then you may not know what a purveyor of world culture he really is. The Kansas City native has traveled the globe with his team, and always finds time to relax with the locals in any given city, seeking new adventures along the way.

Now on the verge of releasing his Special Effects album, Tech be setting out on an international tour of the same name, as well as tour of Australia and New Zealand in March. We talked with the charismatic performer about his favorite places to visit in the world, and he gave us the best weed, women and cheeseburger tour ever. Australian ladies, who knew?

Read on for Tech N9ne’s must-see spots in Europe, Australia and more! It’s so wonderful and free. The party never stops. You could wake up and its dark, and go back to sleep and its dark… but back up and it’s dark but everybody’s partying. They got this place called Christiania, it’s a place the cops can’t really go in at all. They call it “Pusher Street” and people sell drugs all up and down the street, you could smoke and it’s so beautiful man. It could be dangerous, but we were in there at night time just kicking it. Smoking, walking through, going to people’s houses, chilling, talking to people we didn’t know.

It’s so crazy in Denmark. And of course the beautiful Roskilde Festival that we do. If you ever wanna go and catch a beautiful show, go to Roskilde Fest, and then spend a couple of more days there and go to Christiana. You could take a train right across to Sweden and the women are fucking gorgeous. I’m gonna tell you a couple of reasons why. You should go to a Denver Colorado Tech N9ne show because it’s unparalleled. Its wild, so many people come see us from miles away. People who live in Switzerland want to come to a Denver show and witness the power.

We’ve been going to Denver for years, but now when we go with the weed being legal it’s such a wonderful place. Friends meet in Denver because of a Tech N9ne show, because of the wonderful marijuana laws that have been passed. It brings me to the place it reminds me of now with the marijuana and stuff like that, Amsterdam. It feels like home, and not because of a Tech N9ne show. I went there one time and we had a day off before our show and Snoop Dogg said, “Come up man, were like an hour from you.” We drove up and were able to kick it with Snoop and Rage and Kurupt and Daz. It was wonderful… a family affair.

You get to walk through the Red Light District. Don’t get me wrong, I never paid for no pussy or shit like that, but it makes you curious. I heard that even the best escort Paris has is no match for the ladies in the red light district but I wouldn’t know about that. I guess there are some really lucky guys that come to Amsterdam! You sit in either the Bulldog (smoke shops out there) bars and smoke. As you sit in the bars drinking Amstel or Stella or whatever you drink, you get to see all the men going in and out the Red Light District doors. I’m thinking “Damn these girls are getting money like a motherfucker!”

Just to see such different things going down is a beautiful feeling. Every time I go to Amsterdam it’s so beautiful. The scenery, the whole vibe. Love in the air. Paris is super cool. Not just because the guy who inspired me to do strange music, Jim Morrison is buried there. Of course we go to the grave site to see Jim Morrison, and tell him thank you for his inspiration, because without his inspiration I would not be here talking with you right now. But just to be able to go to The Louvre, the Eiffel Tower, have a drink right up that hill, seeing the old Eiffel Tower is such a beautiful thing man.

We go all the time, and they have such a wonderful Louboutin right there in that area that you have to visit every time you’re in Paris. You could have wonderful food late night. I remember one time we were staying 45 minutes away from the city, we took a $100 cab back and forth and we ate at three o’clock in the morning. Everybody was so wonderfully happy. Paris is a beautiful place for all those reasons. We saw the Louvre, the Eiffel Tower, and the Arc de Triomphe. Their Red light District [Reeperbahn] is wonderful too there. Their women are super thick, and they wanna talk to you in the window. I’m a Scorpio male, so sex is wonderful thing to me [laughs].

It was raining when we were out there, we actually had Thanksgiving in Hamburg, Germany a couple of years ago because we were working. They showed us big love. We didn’t think we were going to have a turkey and the promoters got together and made sure we had a turkey before the show and everything. It was gloomy, but all the love they were giving us and weed is like a peace offering. Back then I wasn’t smoking but you had to smoke, you know what I mean? People would come up to you like, “Hey I love your music! Let’s smoke.” [laughs] Australia is beautiful, the women are insane, and they love cheeseburgers. McDonald’s is popping over there like the club. In Adelaide when everyone gets out of the club, there’s a McDonald’s on every corner, and all the bad bitches are in McDonald’s eating cheeseburgers. I swear to God, that it’s the funniest thing ever. And everyone goes to hookah lounges all day called Shisha lounges, and at night they go to the club where everybody dances, and the clubs don’t fucking stop.

Here’s a scenario: we had some beautiful ladies partying with us, dancing. They did not get off the floor the whole three hours. After I found some extra money in my pocket, I pulled it out
and the girl said “Oooooh you can buy a lotta cheeseburgers!” So we bought cheeseburgers. [laughs]And they weren’t fat or anything – they were eating McDonald’s like it just made it over there. It’s like the club all the time, all day, all night. It’s because Tech N9ne and Strange music were born and bred there and nobody, I mean nobody, can fuck with us when it comes to barbecues. We kill the world every year. We kill Memphis, Texas, anybody that thinks they could barbecue, ain’t fucking with Kansas City. We have Gates Bar-B-Qwhich I grew up on, we have Jack Stack BBQ that wins every year. We have Smokestack [now The Stack], Arthur Bryant’s, Zarda’s, we used to have KC Masterpiece there before Jack Stack took it over. We have LC’s and Joe’s, which a lot of people like. Its fucking amazing. We are the spot for barbecue.

We are the spot for love even though its “killer city” in a lot of areas, but I would not live anywhere else. I would have places in other spots of the world, like Miami Florida, but I would never ever call another place my home. Forever Kansas City Missouri.

Tell us about your next tour, and what you have coming up for 2015.

Tech N9ne: Were just doing spot dates right now. I just got off the Band of Psychos Tour with my band. We have AlienWar on the drums, Tyler Lyon on lead guitar, and David Pastorius on bass guitar.

I have to finish my album Special Effects that comes out mid March, then we immediately go on the Special Effects Tour. It’s probably gonna be like 60-something dates. There’s been talk of Chris Webby being on it. I’m not sure if it’s final but that’s the homie. We’re gonna see who else is going to be coming with us, and we’re gonna keep it moving. It goes up on a Tuesday! [laughs]