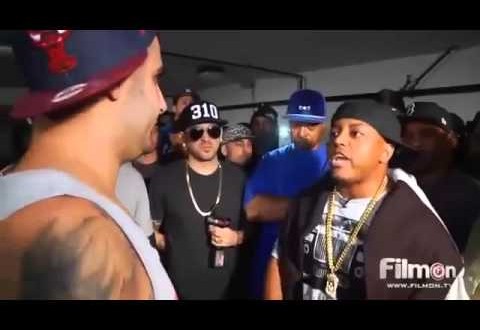 After the controversy surrounding the shutdown of the highly anticipated battle between battle rappers Cassidy & Dizasterby police, we get “The Rematch” in which both contenders go in hard on each other. At times, it seems that both men want to get physical with each other but never happens. However, the tension rises high towards the end of the clip with Cass citing contract stipulations and such. Both emcees did their thing here, unlike the previous battle thru Ether. Check the video and comment on who you think won.

President, E.I.C. & Content Manager for Get Your Buzz Up - Digital Media Specialist For Independent Artists
@blitzb_60505
Previous (New Audio)-@foxriverboys, @rachelbabydoll & @OfficialHaze1 “We Go”
Next (New Album)-@Pronester312 “Paradox Of A Mastermind” Prod By #DaBeatMurderer