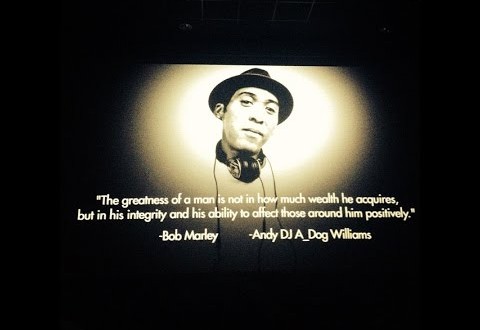 FFA_D Volume 1 started as a simple mixtape of VT hip hop, old and new, and a few scratch DJ tributes from Burlington’s finest turntablists. As the word went out that 4word was creating the compilation, people in the Burlington hip hop community started to inquire about recording new music for it. What started as a Big Dog scratch medley became a monster, gaining momentum with original songs from VT Union, The Aztext and a few others. From there it moved on to involve a heavyweight tribute from producer/DJ Statik Selektah and then, hit the home stretch with a scratch tribute to A-Dog from The Megatron Don himself, super producer/DJ Just Blaze.

The FFA_D Volume 1 project, produced mostly by Nastee and Mike Device with beat contributions from Statik Selektah, Es-K, Write Brothers’ Dante Davinci, SkySplitterInk and Lazerdisk, weighs in at a lovely 20 tracks (17 songs, two interludes and a bonus track) and features a who’s who of VT hip hop, old and new, from Eye Oh You to Write Brothers to Patron Pone to Mertz and more. 100% of all proceeds from the sales go to A-dog’s non-profit organization, Friends For A-Dog.