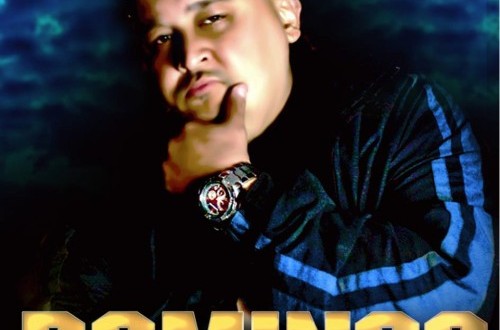 Get Your Buzz Up is back once again for another installment of our “Buzz’N” iNterview series and for this particular segment, we’re humbled to have a legend in the hip hop game joining us. His name speaks volumes for itself, having produced for the likes of Big Pun, Eminem, Fat Joe, Kool G Rap and a whole cast of characters, we have none other than the one and only… Domingo Beats.

What an honor for you to bestow upon Get Your Buzz Up for the interview opportunity Domingo, we appreciate your time. For those that may not know, explain to the viewers who you are and where you’re from.

Thanks my real name is Domingo I was born and raised in East New York, Brooklyn. I have produced for many major hip hop artists over the last twenty-seven years such as Big Pun, KRS-One, Kool G Rap, Fat Joe, etc.

You have a new project dropping titled “Same Game New Rules”. How did you come up with the album title and what can we expect from the project? Also, you decided to use indiegogo.com as the launching platform for the album. Could you explain why you choose to use that platform?

Yea, I have a new album coming out that’s being released in July, most likely that last week of July. The album title is self explanatory for those that get it. “Same Game” meaning hip hop & “New Rules” can be taken two ways: 1) “New Rules” meaning doing things my way & setting a new standard of rules in hip hop or 2) “New Rules” represents the up and coming artists on my album such as Nutso, Chris Rivers, Bamboo, these guys are the new rules to hip hop… the new talent… the “New Rules”.

There is also a promo video for “Same Game New Rules”, we’re going to run that now and give the people more insight as to what to expect out of the album.

Here’s a question concerning old school versus new school hip hop Domingo, what do you feel the difference is between the two eras? As far as new school hip hop’s concerned, who are some of the artists you check up on frequently?

I don’t hear a difference except in the style of production going on. The 90’s era will be the era that hip hop was shining and this era is watered down with a lot of talentless people.

You leaked a few tracks from your upcoming album recently. One of those songs features KRS-One, Kool G Rap & Greg Nice from the group Nice & Smooth titled “Free”. Could you explain to everyone why you decided to round up these three particular artists for the track and the meaning behind the song?

Well that track in particular was originally done by Dj Dister overseas. His manager and him reached out to me while I was doing the album and asked me if I wanted to remix it for my project. I loved the song so I said cool, lets do it. So I cannot take the credit for putting those emcee’s together on that song. Shout out to Dj Dister for that.

Being a strong representative of New York/ East Coast Hip Hop and an outspoken individual in general, what are your views on the current state of East Coast hip hop?  The general public sees artists such as French Montana, ASAP Ferg, etc and feel that the East has blended into what’s hot to stay relevant. Skeptics say New York has lost its seniority in hip hop. What are your feelings on these topics Domingo?

NY Radio DJ’s are to blame for that because they forgot about balance in music. It’s okay to play other styles of hip hop but do not leave out the sound that molded the genre itself. They abandoned it because if they didn’t play what was paid to get played then they’d be out of a job so NY hip hop had to take a back seat while DJs on NY radio lined their pockets with cash or was told what to play or get fired.

You’ve worked with an impressive list of people Domingo which includes producing music for television. How did you first get involved in that particular area of music business? Do you feel that, as a producer in today’s market, you have to diversify your avenues of revenue, seeing as though album sales aren’t what they once where?

I was introduced to the whole Hollywood scene by my good friend Larry “Mr Hollywood” Robinson from Avatar Management. They were repping me for awhile out in California. I think if you stick to one sound or position in music you will wind up being stuck when things change. I seen hip hop changing years ago ,so I went and found my lane in other things musically and kept the train moving. HIP HOP album sales will never be the same because it has become so disposable over the years. Masta Ace predicted it, that is why his album was entitled “Disposable Arts” because that is what hip hop is. Other genres are selling records… why? Cause their fans buy their music. In hip hop, there are not many fans that actually buy music cause they want everything for free.

You’ve already earned plagues, awards and nice residuals from producing but you share something rare that not many other producers can say: You were able to work with Big Pun and Chris Rivers. Pun: the legendary, first latino-certified platinum rapper and Chris Rivers: fast becoming a force to be reckoned with among the hip hop underground scene, also father and son. Chris is also featured on the lead off single “The Return”, which also features Bamboo, Krs-One & R.A. The Rugged Man. When working with Chris, are you reminded of Pun? What’s the feeling like knowing you produced for his pops?  Do you share stories of Pun among each other?

Chris Rivers has evolved over the years into what he is right now and he keeps evolving. I know his dad is looking down on him and watching his every move. Chris was actually the first artist to do his part on the song “The Return” so he set the tone for everyone else to go in. I will always feel blessed to have produced “Dream Shatterer” for my friend Big Pun. If he was still here a lot of music would not be the way it is.

Where do you see yourself and hip hop in the years to come?

I just did a distro deal with Nutso and Ron Mills of #NoLabelJustUS thru my deal with Ingrooves. We decided to combine and form like Voltron to make some hip hop noise together and I am looking forward to the project coming out with Nutso called “REDsunday”. It will be out sometime this year and I am also working on a project with Joey Fattz out of Pittsburgh. Also, a Hell Razah project titled “Razah’s Ark” has been in the works for sometime now. Annnnd… I am currently working on a rock project with Dan Malsch from Soundmine Recording Studios, out from where I live. His artist Kel C. Chaos, who is featured on my album on the song “Let’s Rap”, is definitely going to make some noise. As far as years to come, I will probably be doing less hip hop and more other genres of music such as rock. I always wanted to produce a rock band.

Where all can we find you online? Websites, social media and all that consists of Domingo?

Last but not least, is there anyone you would like to give a  shoutout too?

I want to give a shoutout to everyone that supported the movement of the new album  “Same Game New Rules”. #NoLabelJustUS  Deranged Music.

Domingo Beats demeanor and tracklist are not only well respected but encapsulates true hip hop.  GYBU would like to thank Domingo Beats for taking part in our “Buzz’N” iNterview series and make sure to head over to https://www.indiegogo.com/projects/domingo-same-game-new-rules-7th-album and pre-order “Same Game New Rules” now.