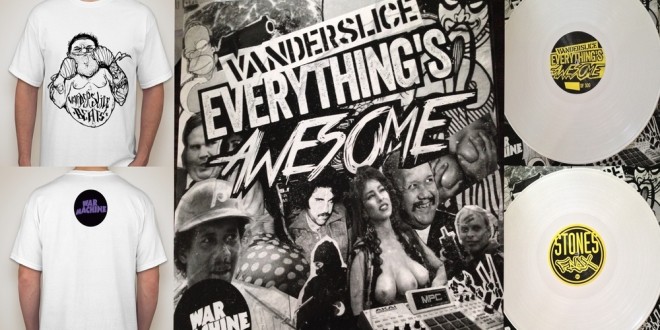 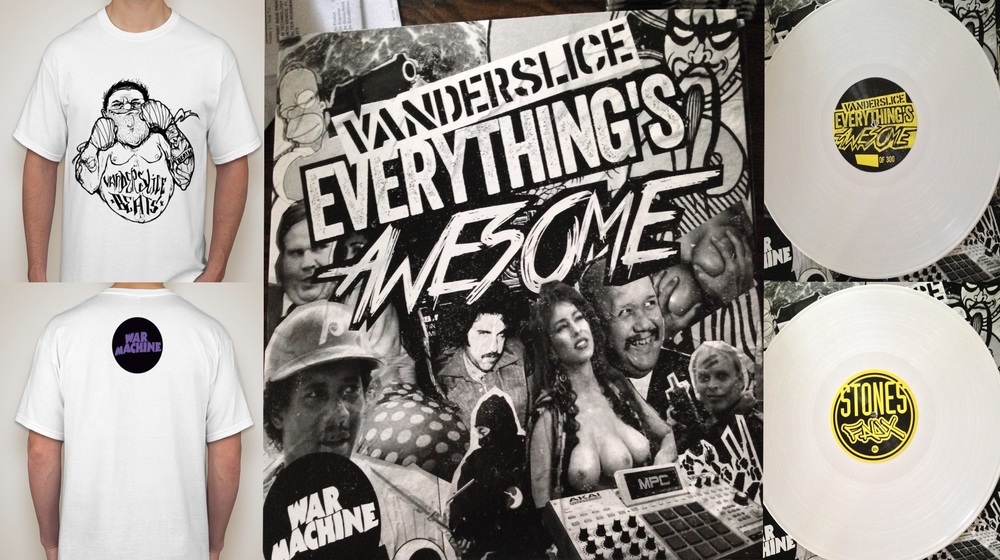 The LEAD single off of Vanderslice’s Everything’s Awesome is just that. It’s Awesome. The Bottom Line stars Merkules who is as handsome as he is talented, with assists from Apathy & Celph Titled of the Demigodz. It is a prime example of what the games been missing and the backdrop provided by Vanderslice and his partner Green Steez serve as a harmonic reminder.. to get down or get

out of the way.. It’s the fuckin Bottom Line. You can purchase the album which features these 3 studs as well as bars from Freddie Gibbs, Evidence of Dilated Peoples, Awar, Maffew Ragazino, ANOTHER song with Celph Titled on it, and Twin Gambino at www.ihatevanderslice.com or if you want the cd.. go to www.demigodzstore.com Pre Order: www.ihatevanderslice.com The Everything’s Awesome Super Awesome Bundle features an individually numbered (and personalized upon request) WHITE vinyl record for your listening pleasure. It also features the T Shirt, a download for the digital version of the album, AND an individually numbered mini cd unique to every order. It will have 20 minutes of music that no one else has, which is our token of appreciation for your support. It could contain beats, raps, remixes, and even me rapping. You never know.. but what you DO know.. is YOU will be the ONLY person who has the music on your mini cd. Vanderslice – “Everything’s Awesome” TRACK LISTING 1. Intro 2. The War Machine 3. The Bottom Line featuring Merkules; Apathy (of Demigodz + Army Of The Pharaohs); Celph Titled (of Demigodz + Army Of The Pharaohs) 4. Fuzzy Mold 5. 12 Shots 6. Bugatti Bullet Holes featuring Freddie Gibbs 7. Top Shelf Pussy 8. Everything’s Awesome featuring Evidence (of Dilated Peoples); AWAR 9. Private Plane Music 10. Midtro 11. Shots Fired featuring Celph Titled (of Demigodz + Army Of The Pharaohs) 12. C.C. Deville’s Haircut 13. Broken Safeties 14. Words Of Encouragement featuring J-Zone 15. Rooftop Elegance 16. Smooth Gangster Shit featuring Maffew Ragazino 17. Cadillac Grills 18. Phoenixville Nights 19. Eulogy featuring Big Twins (aka Twin Gambino of Infamous Mobb) Embed: