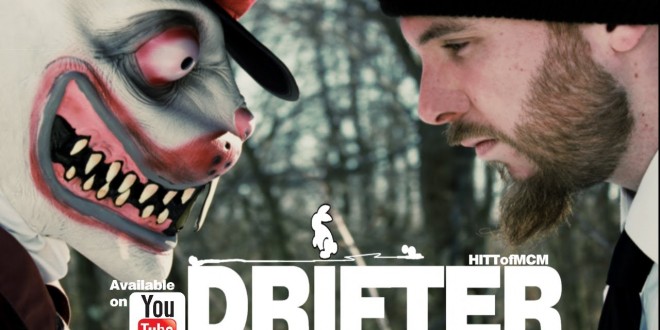 Guns, rabbits, mysterious men and suicide all find a meaningful home in “Drifter,” the climactic fourth volume of “Data Recovery”; a short, music-centered film and alternative hip hop album released in April 2012 by Pittsburgh music and video producer HITTofMCM. Self-produced by HITTofMCM at MCM Studios in Pittsburgh’s South Side, “Drifter” seeks to answer questions raised in the first three episodes of the popular mini-movie which earned over 150,000 views. Conceptually, “Drifter” is a twisted tale along the lines of Edward Scissor Hands and Pee Wee’s Big Adventure; musically, it has been described as Kid Cudi meets Tim Burton. Walking the line between life and death, “Drifter” asks the question, “will you walk through the door?” http://youtu.be/B2wk6oEqKgI