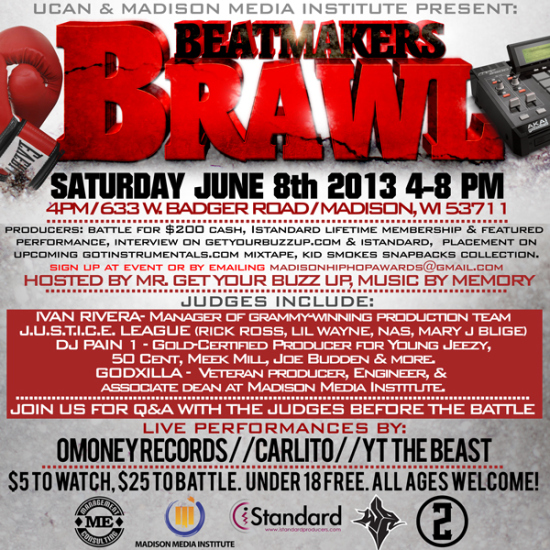 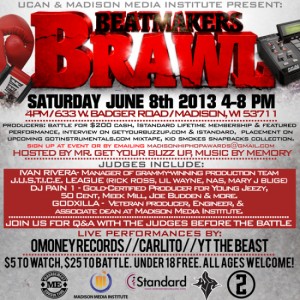 This past June 8th, producers from the Midwest went head-to-head at the first ever “Beatmakers Brawl” in Madison, Wisconsin. Presented by Madison Media Institute and Urban Creative Arts Network, the epic event consisted of an industry panel Q & A, live performances and then the producer battle consisting of twenty four participates. Judges included Ivan Rivera (Manager for J.U.S.T.I.C.E. League), DJ Pain 1 (Platinum producer) and Godxilla (Associate dean, MMI). At the end of the Beatmaker Brawl, Waukegan, Illinois’ Bennie D walked away as the champion. Check out the official trailer to the event here.