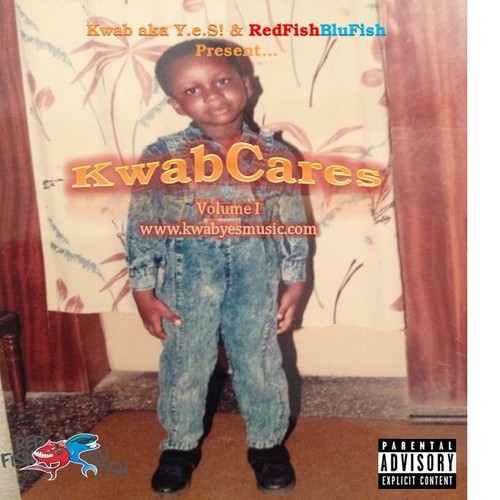 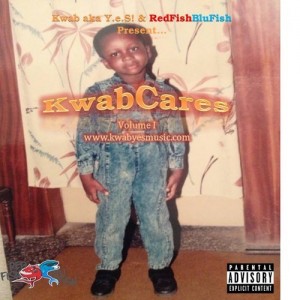 Born in Ghana, Africa, emcee Kwab moved to the US with his family at age 12 and lived in cities such as New York, Chicago and Las Vegas until finally settling down in New Jersey, which he still calls home to this day. This worked well to Kwab’s interest, exposing him to a plethora of different musical genres and styles. He was also a member of the Rap/R&B group Process of Elimination for 3 years until deciding to focus more on his solo career. He’s previously released 2 projects “Yes Network” & “Microphone Suicide” and just recently released his highly anticipated EP “KwabCares”.

Even though the project is 7 tracks long, every song stands off on its own and are equally as radio friendly as they are hip hop. With crazy singles like “What I’m On”, “I Found That Girl” & “The Buzz Part 1 (In The Night)” already creating a buzz for the New Jersey artist, expect to be hearing alot more from Kwab in the months to come. All 3 projects are available for free download and other Kwab related material can be found on his website, http://www.kwabyesmusic.com.