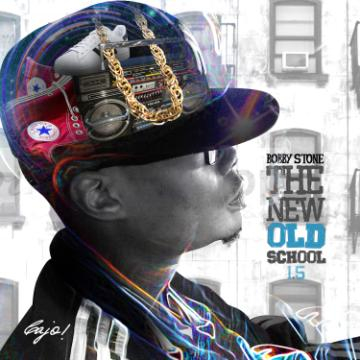 (New Music)-@bobbystonemusic “Stay Out My Phone” Bobby Stone was raised in the tough streets of Crown Heights, Brooklyn with his mother, father, four brothers and three sisters. Bobby Stone was surrounded by brothers and cousins that had rap cyphers all day and turntables everywhere. He’s a by-product of old school & new school Hip Hop, a father, MC lyricist, writer, community organizer, scholar, radio show host, promoter, photographer and director. Bobby Stone also played a role in Rap War Volume 1, which was featured on HBO, Showtime & Starz on cable. Bobby has come in 1st place at some of the biggest showcases in NYC, placing him in the ranks as one of the best stage performers in town. Bobby Stone has also managed to take his show on the road without the backing of a major label, hitting up spots in Baltimore, Rhode Island, Connecticut, New Jersey and etc. He’s also managed to gain the respect of other Hip Hop peers, collaborating with Math Hoffa, 40 Cal from Dipset, the legendary Craig G, super producer GQ beats and more. Bobby Stone is also a pillar of the community, with two college degrees in his back pocket, Mr. Stone gives back to his community by having back to school events and a “free smoothie day”, dedicated to enhancing the growth of his neighborhood.

Bobby Stone Stay Out Of My Phone The New Old School 2012-11-20
+Mr.GetYourBuzzUp
Share